Alf Burgess set up his photography business in Market Lavington in 1886. After his death in 1914, his sons Robin and George continued as Burgess Bros. (See Alf Burgess – Photographer and type Burgess in the blog search box for many related entries.)

Among the Burgess photographs in our museum we have one of an unknown man wearing a smock.

Smocks were outer garments worn by farm workers. Parts of the garment were left unsmocked, allowing plenty of room for movement. Other areas were gathered in with parallel rows of running stitch and this ruching was held in place with embroidery. The process was known as smocking and required  a lot of effort and skill to produce. 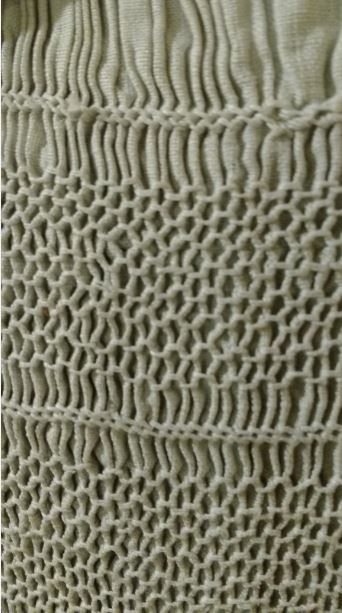 As well as the photograph, we have a different, real smock in Market Lavington Museum, made as a wedding garment for Charles Smith by his bride to be, Mary Ann Edwards. They married in 1877. ( For more information about this couple and the smock see A wedding smock) This was a real labour of love, with feather stitch embroidery on some of the unsmocked areas, such as the collar. 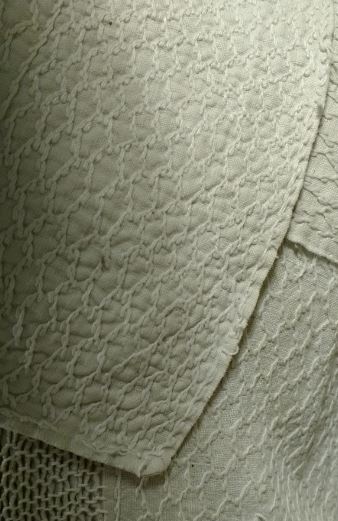 Smocking was back in fashion for the bodices of little girls’ dresses in the 1950s. Does anyone have a local example of one of these to share with the museum?