Some negatives at the museum

No, there’s nothing to be negative about. We have some photographic negatives at Market Lavington Museum and have been identifying what those in one packet of them are about.

Let’s start by looking at the wallet the negatives are in. 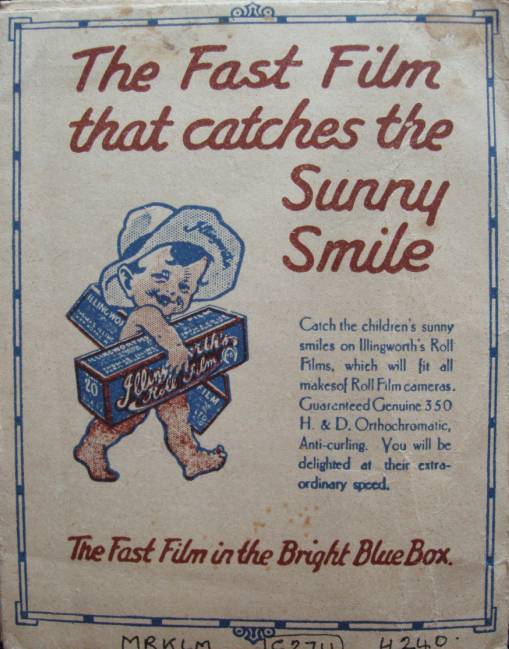 One side of the Illingworth negative wallet

Illingworth film and other photographic supplies were in production under that name from the early twentieth century, but may have merged into the Ilford concern soon after our wallet was used. 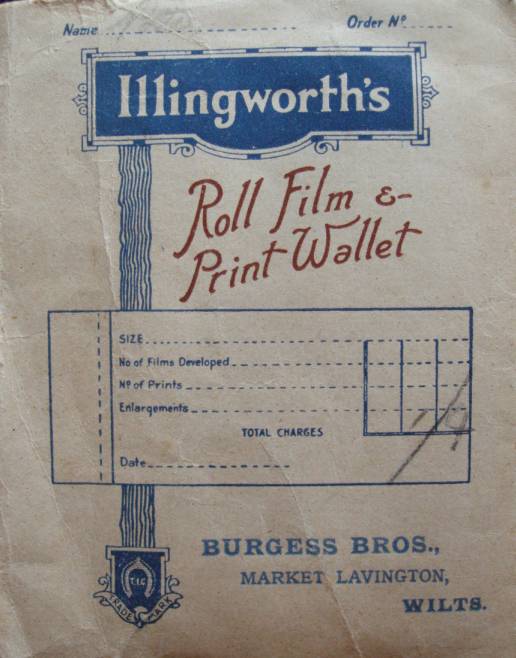 Illingworth wallet as issued by Burgess Brothers of Market Lavington

The photographers who issued this wallet were Burgess Brothers of 13 High Street, Market Lavington. These were the sons of the original Mr Burgess who founded his photography business in the 1880s.

The customer name is hard to read but we think the name written on the wallet is Potter. We do know that it cost our customer 1/4 – or about 7p.

We believe the negatives date from 1929 the year May Potter married Bill Elisha. Some of the negatives show a wedding group outside St Mary’s Church in Market Lavington. 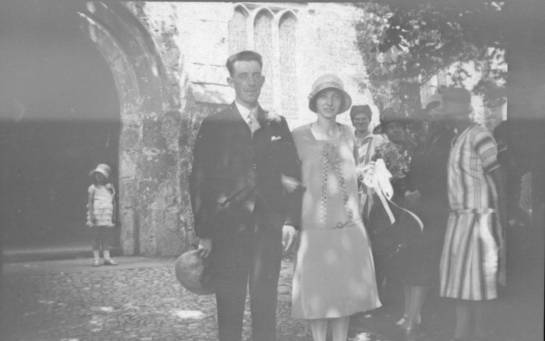 The negative appears to have had some light on it for the change in brightness is on the negative.

May Potter was certainly a Sunday School teacher at the time of her wedding for the children presented her with a clock to mark her wedding – a clock we have in Market Lavington Museum. Could these children be some of her happy youngsters? Does anybody recognise any of the children shown? 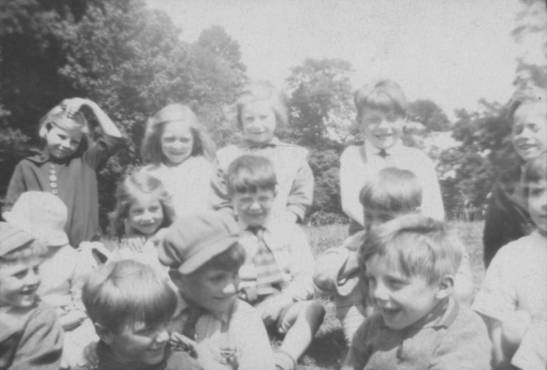 Could this be May Potter's 1929 Sunday School class?

A final image (for this blog entry) shows May with her sergeant, perhaps at a military camp. 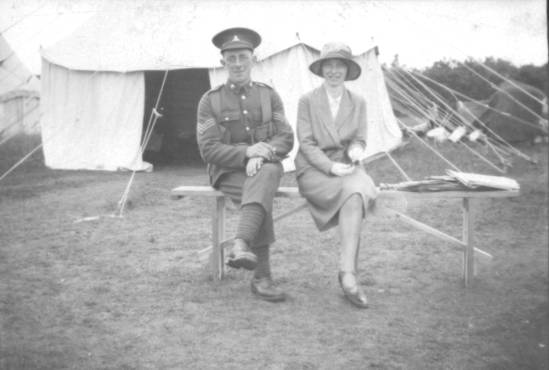 Another photo from the 1929 negatives at Market Lavington Museum

What a fascinating collection these negatives are. Do remember to get in touch if you can clarify anything about the images shown.