Spring Villa – Then and Now

Spring Villa is a house more or less opposite the church in Market Lavington. In many ways it is twinned with Meadow Cottage – it always looks as though the two properties share a garden. In past times, the two homes shared an owner as well, for both belonged to the Welch family. Our former curator, Peggy Gye (née Welch) was born in Meadow Cottage but moved to Spring Villa as a young girl.

At Market Lavington Museum we have a photograph of Spring Villa in Edwardian times – long before the birth of Peggy, but possibly at a time when her grandparents lived there. 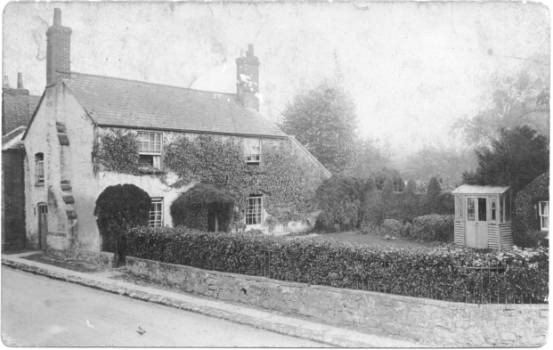 The window at the extreme right of this photo is on Meadow Cottage. The summerhouse still exists, but as the Welch and Gye family moved, the summerhouse went with them so it is now elsewhere in the village.

Our photographer commented that it was hard to get a ‘now’ shot of Spring Villa. The road is, no doubt, much busier than it was 100 or more years ago and there is not a safe refuge in which to stand to take a shot from a similar angle. 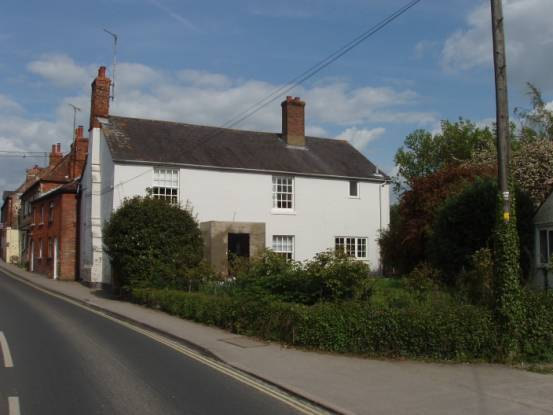 This May 2010 shot shows differences from earlier days. The Meadow Cottage window can still be seen on the right and from this slightly different angle we can see that Spring Villa stands at the end of Church Street and at right angles to the road. In the old picture, Spring Villa had a lean-to at the right hand end and this has been replaced by a two-storey extension. The porch seems to look rather austere in the modern shot but other than that, and the presence of wires and aerials, the house looks very recognisable as the one from earlier days.