Churches don’t change much from year to year. In comparing an old picture of Easterton Church with a new one, we have to look for details.

Here is our old picture – a postcard recently given to the museum. (Thanks Jim) 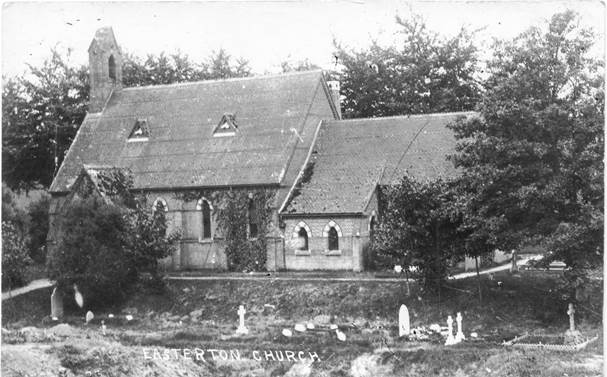 St Barnabas Church, Easterton – a postcard that could date from the Edwardian era

Because things don’t change much we are uncertain with regard to the date. The card is unposted and carries no publisher’s name so we really are uncertain as to age. It is, perhaps, Edwardian but that is little more than a guess.

Jim, who gave us the card, is a great one for then and now shots so he tried to replicate the same shot now – and this is from the same vantage point and in the same direction. 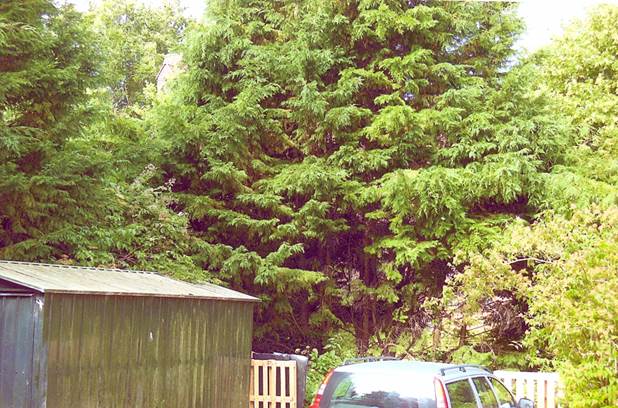 Hmm! The view is just a bit different but you can just make out a bit of the little bell tower and some roof is visible through the trees.

Jim decided to move nearer to the church for a shot which might make any differences to the building clear. 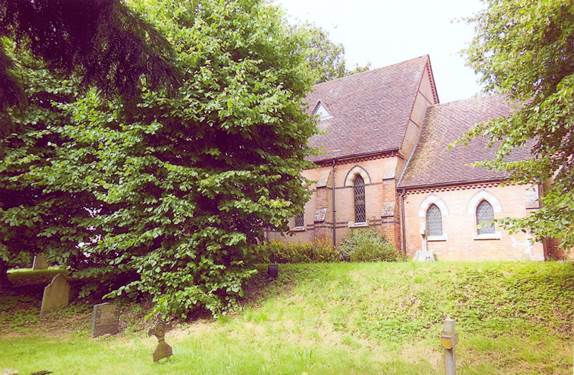 A slightly different view, but we can see Easterton Church here

There is one specific difference we spot. In the old photo there is a chimney poking up just behind the roof where it changes level. That has gone. We guess there was some kind of stove at the bottom of that chimney. Does anyone know when the chimney was taken down?

Once again we must thank Jim, and indeed all those local residents who do so much to make the museum so very successful.