Just a couple of days ago St Mary’s Church held their fete in the grounds of Clyffe Hall. This may be run under the auspices of the church, but the reality is that it is a village event with many local organisations having stalls of their own. Market Lavington Museum is amongst those organisations which put on a show. Our aim is not to raise funds but rather to raise awareness and also for the exchange of information. But let’s start at the beginning by thanking Margaret from New Zealand who was in the village researching her Garratt or Garrett ancestors and who very kindly helped set up our gazebo and tables. 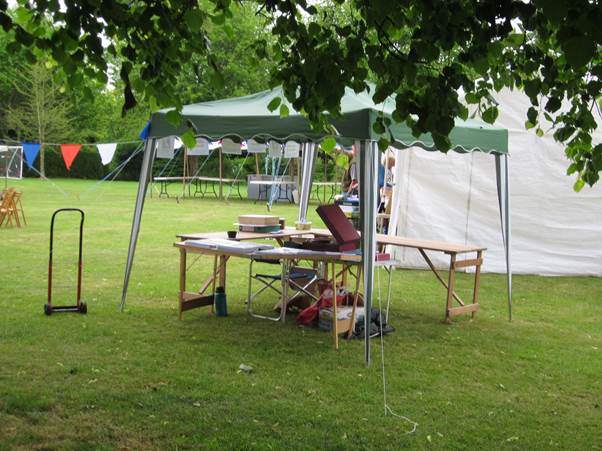 Here we have an empty set of tables, ready to be covered in some of our photographs of the past. And here we have a shot including the hall itself, with similar assembly work going on. 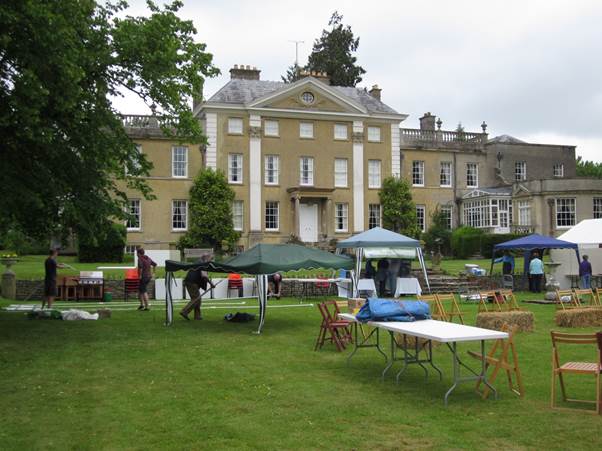 I think Margaret was quite blown away by the whole scenario. She said it felt as though she was taking part in an episode of Midsomer Murders. Literally hundreds of people look at the stall. The fete may only be ‘live’ between 2 and 4 pm, but other stall holders are there all morning wallowing in the past and sharing memories.   There are great moments for us – those times when an older person looks at an old school photo and calls out, ‘That’s me’. That’s a cue for a crowd to gather round as stories flood out. One such lady was paying her first visit to Market Lavington in forty years and was more delighted that these words can do justice too. More amusing is when a younger person discovers they are in a photo. You might hear a comment about being a museum artefact, sometimes ruefully from the person concerned and sometimes with great glee from their nearest and dearest. Margaret was not the only overseas visitor. In the afternoon four ladies from Waiblingen, involved in the local exchange scheme were at the fete. It seems that like Margaret, they felt they had stepped into a film set when they arrived at Clyffe Hall. So there we have Kristine, Martina, Katja and Doris at the fete. 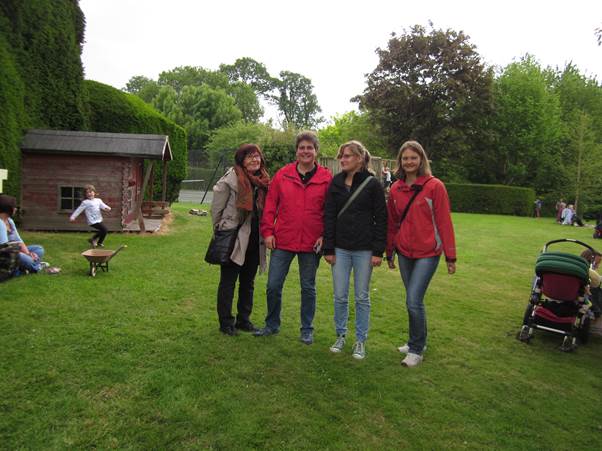 How wonderful that some memories of our village life will be taken back to other countries and continents.