This picture has just been acquired at Market Lavington Museum. 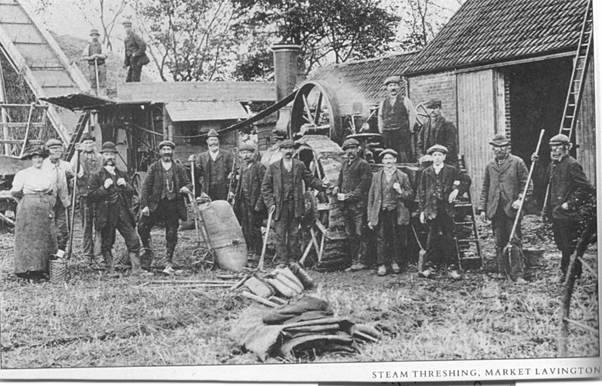 It is clearly captioned ‘STEAM THRESHING MARKET LAVINGTON’ so we assume it was taken in our parish. It is a delightful photo and seems to have an entire team of people lined up for the shot. The engine is clearly in steam but one assumes work has stopped for the photo.

Sadly, we do not recognise the location or any of the people with certainty. The men are fairly timeless in style so we can’t put an accurate date on it. The one woman in the photo is wearing a rather ‘over the top hat which has a 1911 look to it. 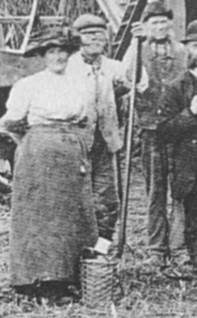 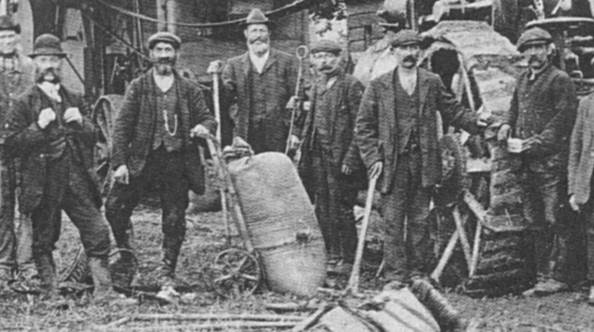 Amongst the men there could be Alfie Alexander and Henry Wells – both lived in Easterton in 1911.

If there’s one possible name, the gentleman on the left, holding his lapels could be Alfie Alexander. We saw him before on this blog, walking with Winston Churchill.

If you can help with any information on this photo, then do get in touch.