Yesterday saw not one, but two different steam hauled trains passing through Lavington. Such an event, we felt, needed recording for posterity.

And so it was that, in poor weather, our photographer took up his position in the middle of a field so that he could witness The West Somerset Explorer passing along the Market Lavington embankment between West Park Farm and the viaduct. 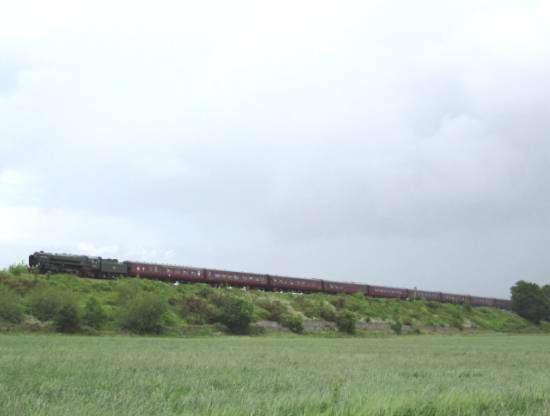 Britannia class number 70013 ‘Oliver Cromwell’ was in charge of this train, which was composed of a matching rake of maroon coaches. That set the scene as an early 1960s style recreation.

Oliver Cromwell was on time and just cruising at this point with a gentle escape of steam from the safety valve. ‘She’ made a fine sight as she hauled her train from Paddington en route for Minehead. 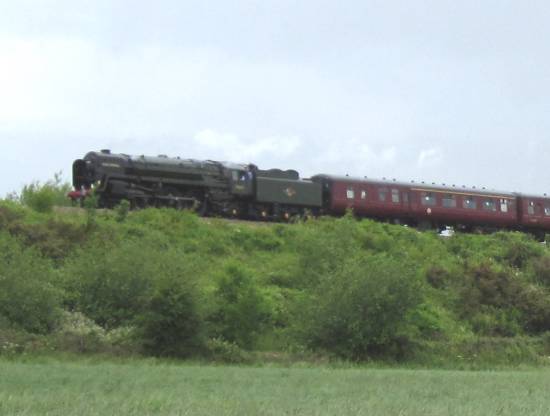 This engine was perhaps most famous for working a part of the journey on British Railways’ very last steam train back in August 1968. By then she was based in the Manchester area, but earlier she had been based in East Anglia. Locomotives of this type probably only worked the West of England line in exceptional circumstances.

An hour and a half later, a GWR thoroughbred came hurtling through Lavington on a strange tour from Solihull to Bristol. This time our photographer had chosen a lineside spot, more or less at the end of where the Lavington Station platform would have been. 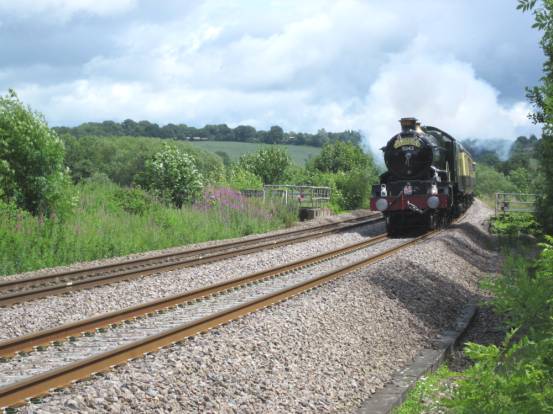 The Bristolian, in the capable hands of Castle Class, Earl of Mount Edgcumbe, arrives at the place which used to be Lavington Station.

Swindon built Castle class number 5043, Earl of Mount Edgcumbe was on home territory and looked to be properly in charge of her train – which was in the appropriate GWR chocolate and cream colours. 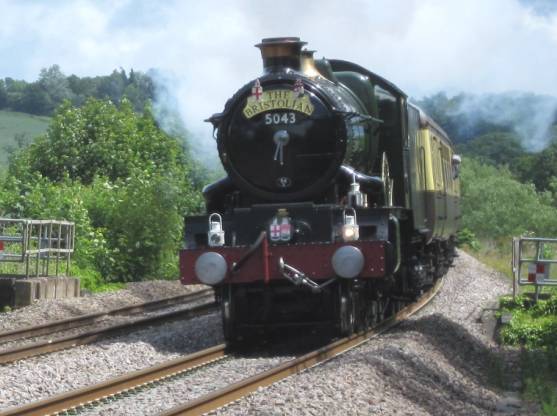 No 5043 roars through Lavington

Now that was truly magnificent. This engine was built in March 1936 at a cost of £5801. She was withdrawn from service in December 1963 having run over one million four hundred thousand miles. 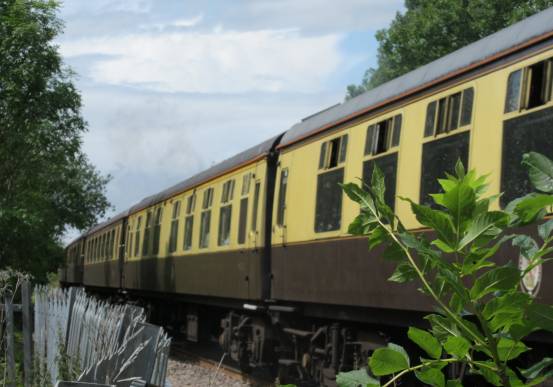 Back in the 1960s similar scenes would have been common – except that at this point the carriages would have been racing through Lavington Station. And there would not have been any of the nasty, spiked picket fencing to keep people off the line.

In the early evening, 1951 built Oliver Cromwell returned through the former Lavington Station site. There’s not much steam to see, but the sound was impressive. 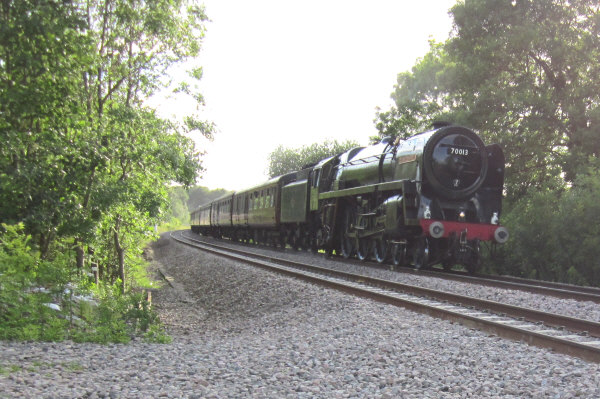 70013 'Oliver Cromwell' heads east through the site of Lavington Station