No, Stonehenge is not in the parish of Market Lavington, but it is easily reached, and even in the 1880s local families went there for a day out.

A picture we have at Market Lavington Museum shows members of the Wadman and Welch families relaxing amongst the stones at Stonehenge. Since about 1980, special permission has been needed to get in amongst the stones, but in 1880, the site was open to all. 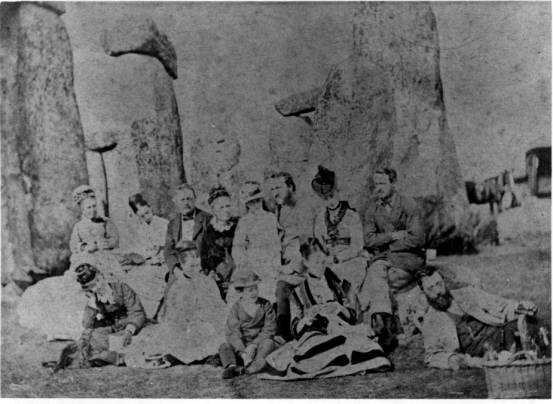 The picture is old and rather careworn but it looks as though the families were able to relax, no doubt with a picnic basket full of goodies to enjoy.

We believe the Welch family consisted of James and his wife Sarah and their adult children Sarah, Mary and James. In 1881 this family lived at Beech House on White Street. Later this became the home of the museum’s former curator, Peggy Gye who was born Peggy Welch.

The Wadman family also lived on White Street in 1881. The family were Robert, his wife, Sarah and their son, William.

There are more folks in the photo than there were family members living in Market Lavington so we clearly have not got all of the people pictured. We have also not identified who is who on the photo. Maybe somebody out there can help us.