At the start of the nineteenth century, you paid to use the roads. This was proving a problem for trade and just for people getting about. At various locations there were gates and they were manned by the toll collectors. If you didn’t or couldn’t pay then you didn’t get through what was often called the paygate or the turnpike.

In Market Lavington, a prominent local miller and trader by the name of Amram Edwards Saunders was, in large part, instrumental in getting rid of the gates. It was done without recourse to violence or nastiness by the simple expedient of buying out the turnpike company.

Amram could not afford to do this himself but he organised people to collect from the wealthier people in many of the local parishes. The money was raised and the gates removed in 1825. A notebook of contributions was kept by Francis Smith who was Market Lavington’s parish clerk at the time. We have that notebook at the museum.

Today we present some extracts from it, starting with the front of the book and then following on with what might be called the preamble.

In a later blog, we’ll look at contributors to the fund. 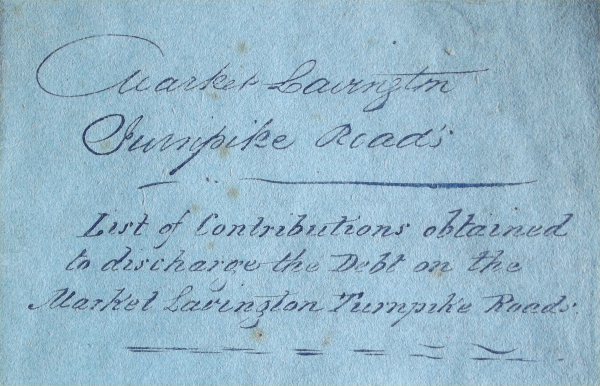 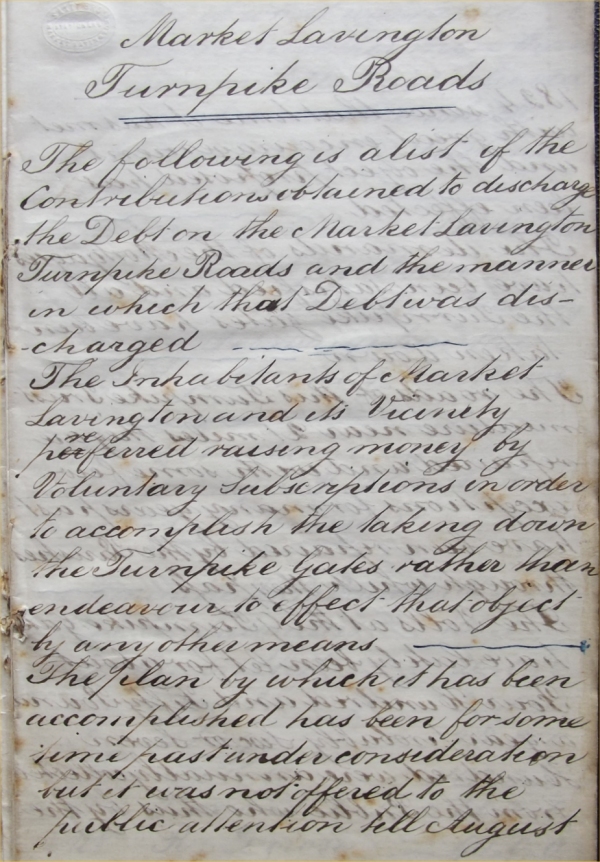 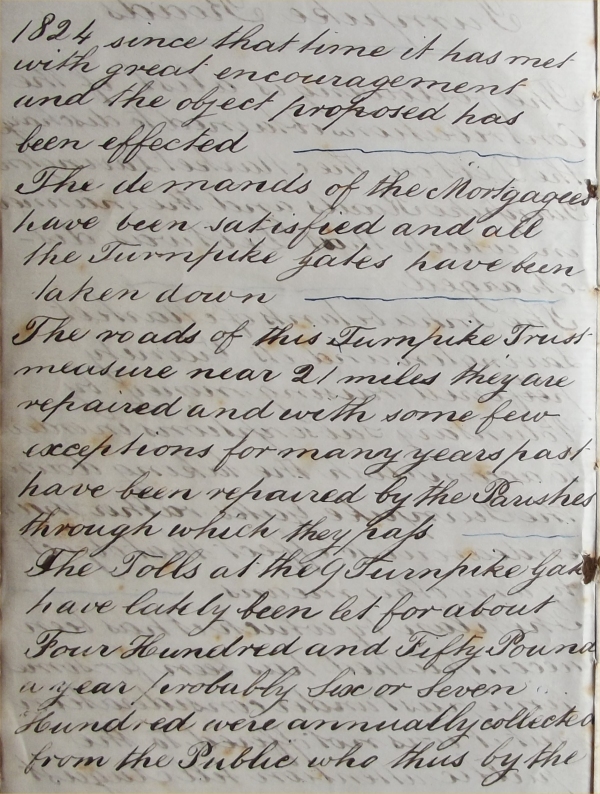 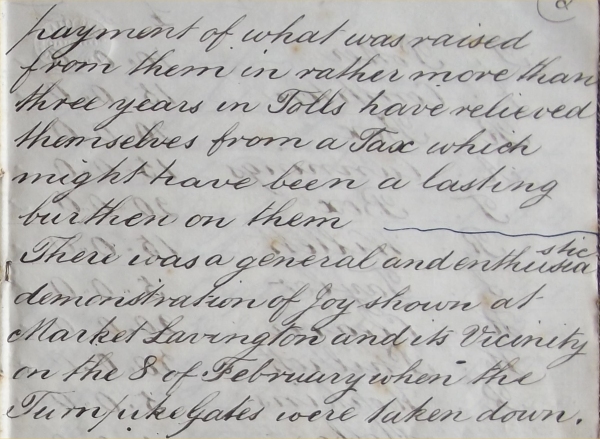 The following is a list of the contributions obtained to discharge the debt on the Market Lavington Turnpike Roads and the manner in which that debt was discharged.

The inhabitants of Market Lavington and its vicinity preferred raising money by voluntary subscription in order to accomplish the taking down the Turnpike Gates rather than endeavour to effect that object by other means.

The plan by which it has been accomplished has been for some time past under consideration but it was not offered to the public attention till August 1824 since that time it has met with great encouragement and the object proposed has been effected.

The demands of the mortgagees have been satisfied and all the Turnpike Gates have been taken down.

The roads of this Turnpike Trust measure near 21 miles they are repaired and with some few exceptions for may years past have been repaired by the parishes through which they pass.

The Tolls at the Turnpike Gates have lately been let for about Four Hundred and Fifty Pounds a year. Probably Six or Seven hundred were annually collected from the public who thus by the payment of what was raised from them in rather more than three years in Tolls have relieved themselves from a Tax which might have been a lasting burthen  on them.

There was a general and enthusiastic demonstration of joy shown at Market Lavington and its vicinity on the 8 of February when the Turnpike Gates were taken down.