In the 17th and 18th centuries the Quaker movement was strong in Market Lavington, despite extensive persecution. The Quaker ‘House of Friends’ in Market Lavington was certainly built and in use by 1716 but the movement tended to fade away locally and in 1799 the meeting house was sold.

The Independent Church, as it moved towards Congregationalism was able to take over the old Quaker chapel and the members had it in use by 1809.

In 1892 they opened the new and much bigger church almost directly opposite the old ‘House of Friends’ but they retained the previous building for a Sunday School and as a hall and it remained in use as such until the second half of the 20th century.

Just recently, a rather rare photograph has been given to the museum (with thanks to Keith and Gina). It shows children attending a meeting in the old chapel – the former Quaker House. It is thought that the picture – not the sharpest ever seen – dates from the early 1950s.

The chapel has (and has now it is in private ownership) a balcony and we assume the hefty pillar helps to support it.

Many of the youngsters and adults in the photo have been named. 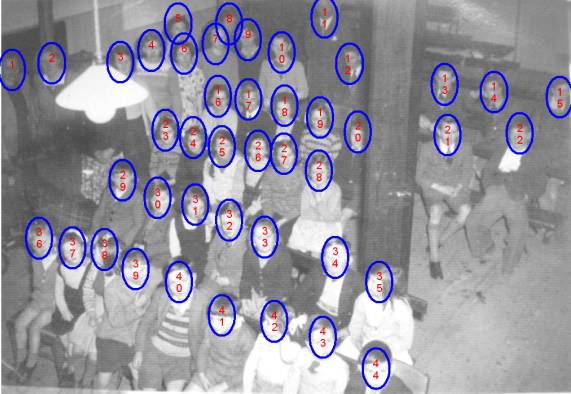