It is now about a year since former Market Lavington teacher, Sybil Perry died. Back then we published a tribute to Sybil from a former pupil, Lea Jacobs. You can click here to read it.

Mrs Perry gave much to the museum over the years, for not only was she a long term village teacher – so, too, was her mother, Mrs Baker. And Sybil’s grandparents are Mr and Mrs Smith of the pond digging family who, as dressed models, have graced our settle this year.

But for many people, it is Sybil’s books of memories that are, perhaps, her greatest legacy to the museum. These folders – two of them – were hand written by Sybil and given to the museum in the year 2006. Sybil’s pen and ink drawings of things used earlier in her life time are a delight and she mixes local knowledge and national events, illustrated with photos and cuttings as well as her drawings.

Today we look at one of her family photos. 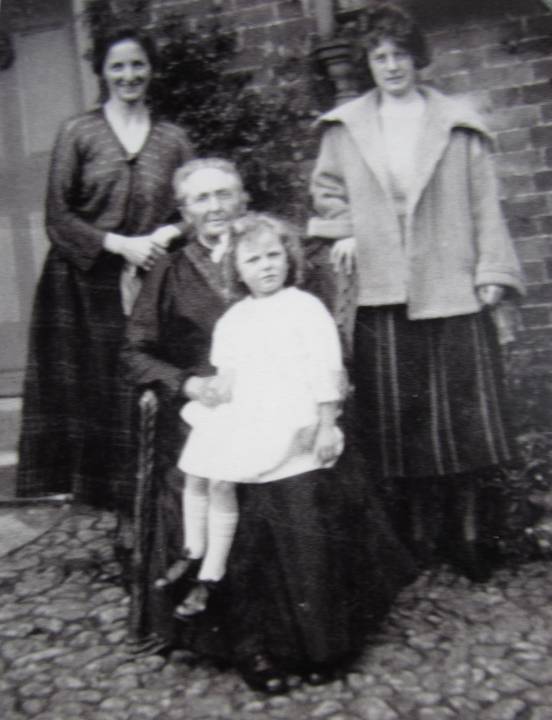 Sybil Perry, aged 4, with mother, grandmother and a Miss Brown outside Broadwell House, Market Lavington in 1924

Sybil (then Sybil Baker, of course) is the little girl sitting on her gran’s knee. Her gran was Mrs Charles Smith, he being a pond digger. Standing behind are her mother, Mrs Baker and Miss May Brown of West Lavington.

The caption in Sybil’s own writing is below. 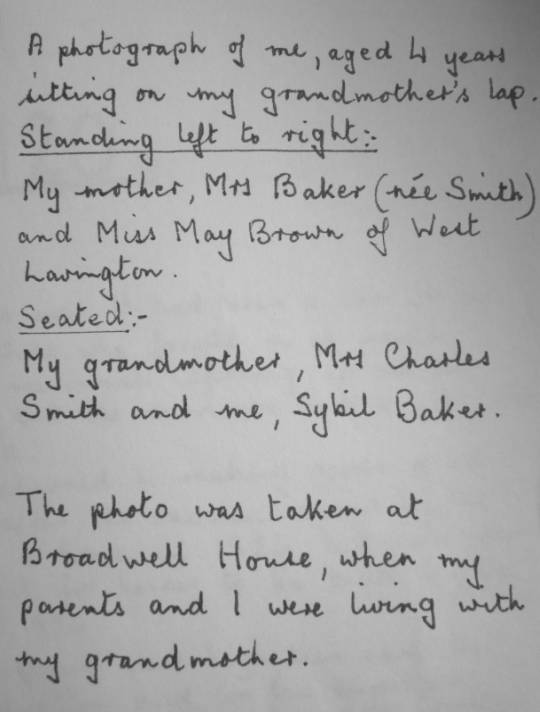 Sybil's caption for the photo

Sybil says she was aged 4, which means the photo was taken in 1924.