We looked, yesterday, at the drain cover from our curator’s drive, which was recently resurfaced. Today we look at an unexpected find from under the old tarmac. It is a milk bottle.

This one third of a pint milk bottle must have been under the tarmac for 60 years. Down there it must have been safe from all the movement on the surface and it survived intact. Perhaps more surprisingly the bottle survived the ripping up of the old surface and remains intact. The local firm doing the work told Roger that finding bottles in this way is not unusual. Any found in our area have been promised to the museum.

Here is the bottle. 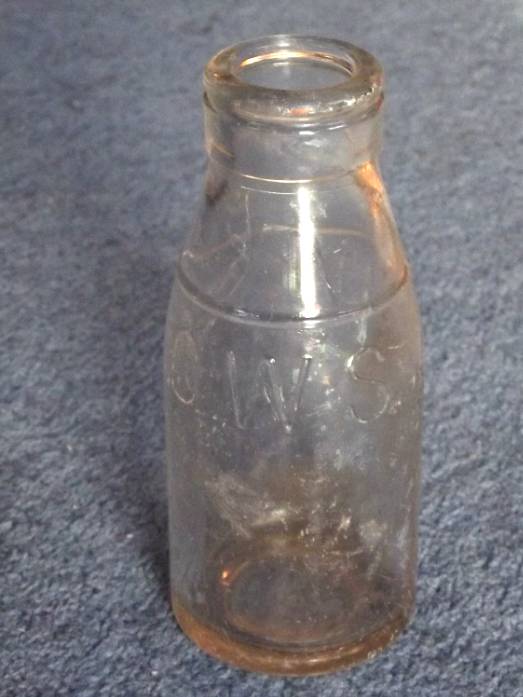 Milk bottle found under the curator's drive at Market Lavington

We can see, in this photo, the thick, chunky nature of the glass used back in the early 1950s. This, of course, was not an era of recycling. No, it was much better, for things were reused. The bottle would have been returned to the Co-operative Wholesale Society (CWS) dairy, and reused. It therefore paid to make bottles robust.

The only lettering on the bottle is C.W.S. – on opposite sides of the bottle. 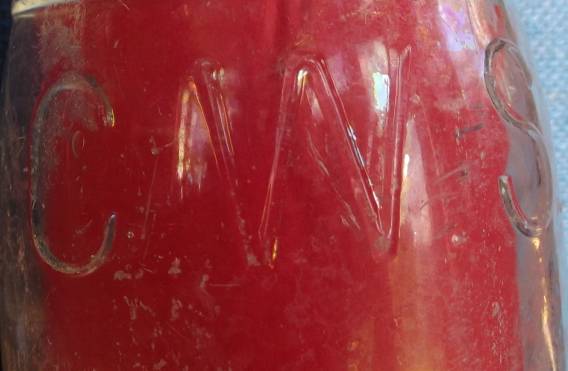 The third of a pint bottle was the standard size for school milk. There must have been millions of these bottles in circulation when every child at school was given this drink, each day. How one of them came to be preserved under the curator’s drive, we do not know, but it now finds a home on the kitchen table in the museum.