Today we look back to a photo the curator found on his computer – a photo he took back in October of 2002. 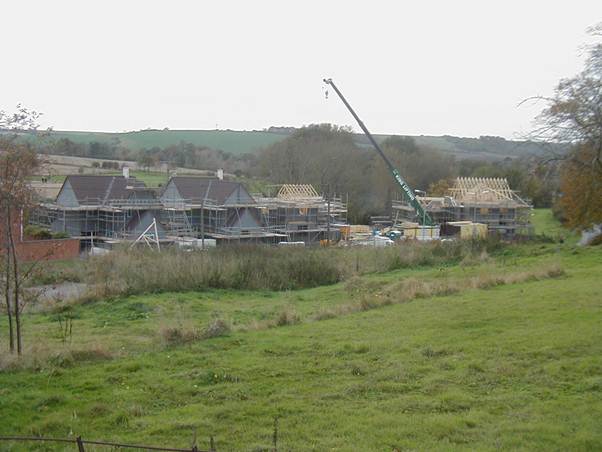 This photo illustrates how times and places change. This photo was taken from the edge of the churchyard in Market Lavington. We can see a little of its metal railings. In the background we can see Strawberry Hill, behind West Lavington. And in between there are new houses being built. These are now Shires Close.

Back in the 1960s Mr Haines had built his garage on this site – The Spring Service Station which became Shires Garage. When that ceased trading the site was cleared, and eventually the new houses were built.. To people who remember the garage, it seems like but yesterday that the houses arrived, but the photo makes it clear that it was ten years ago.

And since then there have been further changes for we are looking across the Community Hall site. Now what a success that has been – a great addition to local facilities which has really helped to foster a sense of community in the area.

So here we have a misty view from five years ago – October 7th 2007 with the hall nearing completion. Yes, even the hall has now been there for five years. 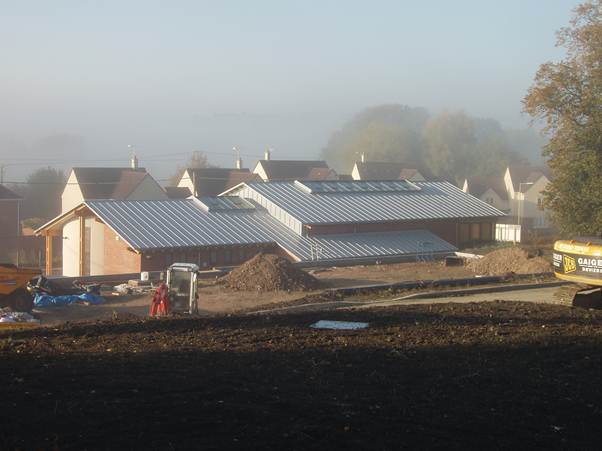 Behind the hall we can see the Shires Close housing – lived in by this time.