We have seen this postcard before on the blog but it certainly warrants another look – just for the sheer size of the crowd at a village event.

The card is captioned ‘Lavington Flower Show. The Band Contest.’ And what a crush of people it is. This is certainly no later than Edwardian and is almost certainly early 20th century. 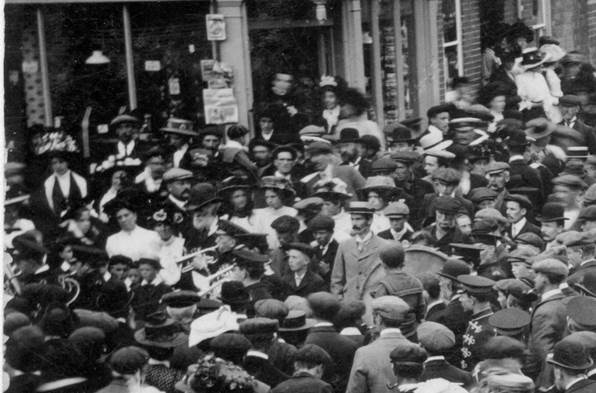 Bandsmen are visible in front of the Post Office

We can pick out band members just in front of the Post Office. That’s not the present Post Office, of course. It’s where the chemist shop is now on the corner of Market Place. Band members appear to be facing into the Market Place which probably indicates a similar crush of people out of shot to the left. What a fantastic photo this is.

It really is pretty good quality too. These men are recognisable. Does anybody know any of them? 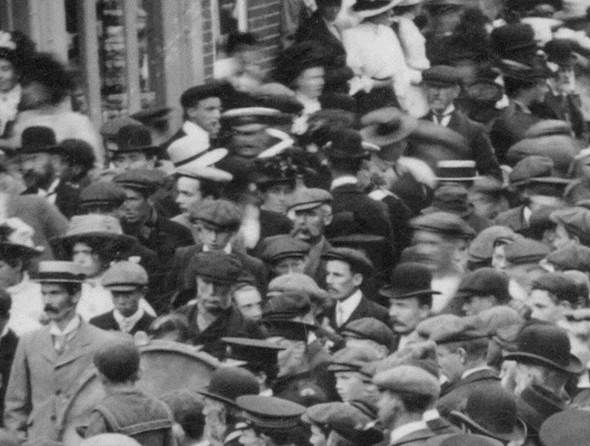 A part of the crowd

But what has it got to do with texting language? Well that’s the message on the back.

This was sent on 6th September 1910 from Charlie Coleman to his sister Annie who was in service in London.

We shall be in London tomorrow Wednesday at Paddington about 12 o’clock coming up by express.

As is often said, postcards were the text messages of their time!