It is probably not surprising that the village photographer’s wedding was well photographed. Here we have what may have been the full set of guests

The groom and bride we have met before. Robin (whose name was actually Robert) Burgess was the son of Alf and he took over the photography business, with brother George in 1918. Elizabeth (known as Nellie or Queenie) was a Burnett from Easterton. 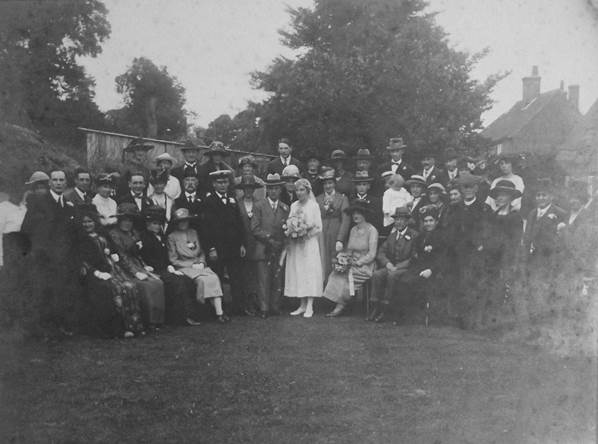 The wedding, in 1921, took place in Easterton. The Reverend King officiated and is one of the guests shown in this photo taken in a cottage garden in Easterton. 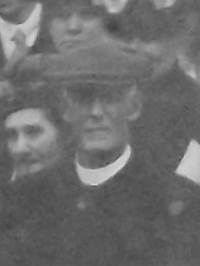 Reverend King of Easterton was one of the guests

This is the only picture that we have of Reverend King. His name lives on in ‘Kings Road’ for it was this good chap who managed to get the road surfaced. It was important to him as it linked his vicarage with his church, in one direction and Devizes in the other.

It isn’t a wonderful picture. Has anyone out there got a better one?