The Alban Estate dates from around 1926 -28. We could say it was the first modern housing estate built in the village with houses along The Spring and also on Park Road which was, for many years, known as Estate Road. Twenty six houses were built which must have had quite an impact in Market Lavington, more or less joining our village with neighbouring West Lavington. When built, at the end of the twenties, the houses were built for rental but in 1939 the estate was sold off with sitting tenants getting a favourable price.

This photo dates from the 1930s

The Alban Estate in about 1930

At the extreme left of the photo is the former cricket pavilion which is now the site of a much newer and smaller housing estate known as Pavilion Gardens. Then we get the row of ‘villas’ as built by George Bishop and known as the Alban Estate.

This estate saw houses built on generous plots. Recent householders have all, it seems, found space for cars off the road and this view, for most of the day is still devoid of parked cars. 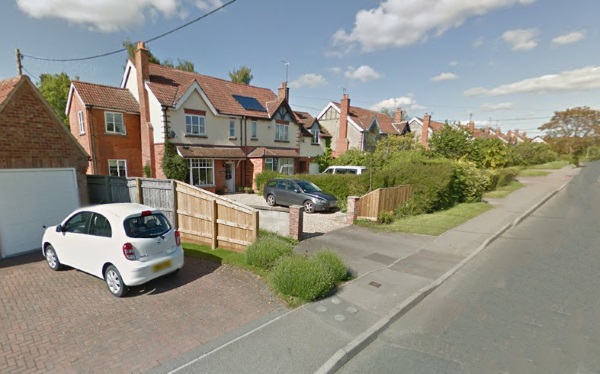