With the 100th anniversary of the First World War, one rather imagines that many a soldier felt in need of a stiff drink, to relieve all sorts of symptoms – fear, pain, utter discomfort and, at times, a goodly dose of boredom.

However at some time in the past there was an Army Temperance Association and this medallion, found by local metal detectorist, Norman, is for that organisation. 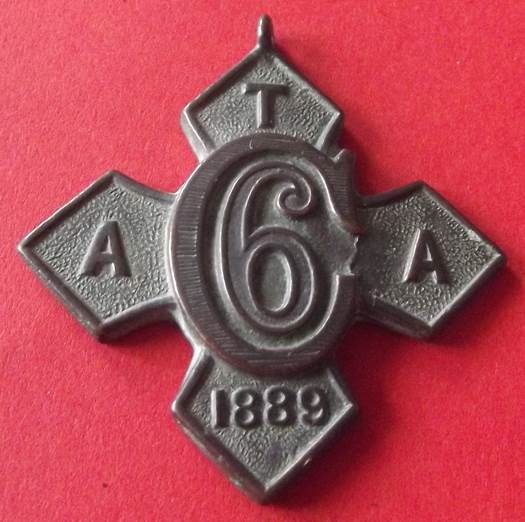 We know very little about this organisation, beyond the obvious. Presumably members of the army could join. And the association was anti-alcohol. The Fusilier Museum, London has more information which you can see by clicking here.

We believe this item was a 6 month medal and we guess this was given to members who stayed dry for 6 months. 1889 was, presumably, the year in which it was issued and that may have been about the high water mark for association membership.

As ever, we’d love more information on this item which was, of course, found in Market Lavington.