The arrival of Winter

Winter is now on its way. Officially and astronomically, it may be Autumn until December 21st, but most people and meteorologists now seem to regard December as a winter month. We can expect cold, chilly days and, who knows, there could be snow.

And to mark the start of December we have a snowy picture in Market Lavington with a group of girls walking along a snow-bound White Street and about to pass by Broadwell on their right hand side. 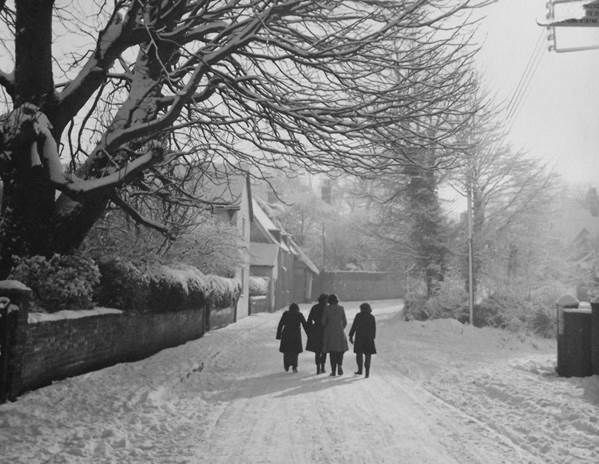 We don’t have this fully dated – just early 1960s is all we have. Unsurprisingly we don’t have the names of the rather silhouetted girls, walking away from the camera. But they have a jaunty air and it looks as though they intend to enjoy the snowy conditions. There were no worries about transport, or getting to work for them. The snow, then as now,  just provided more scope for fun for youngsters.