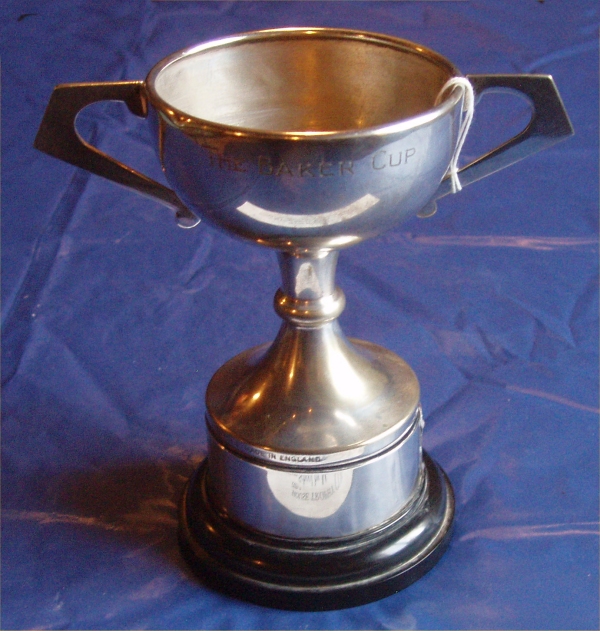 We know the cup is of EPNS (electro-plated nickel silver) and it was presented by Mrs Baker, a former teacher. 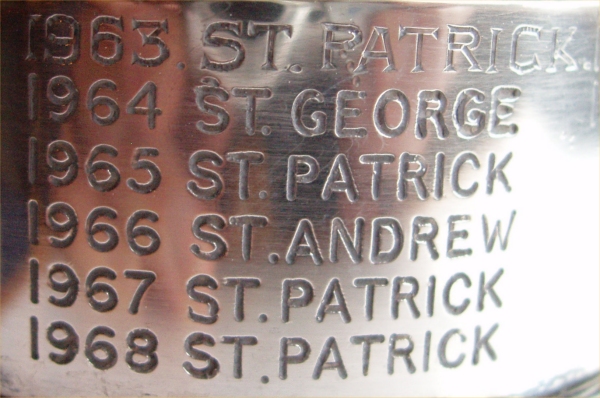 We can see that the houses were the patron saints of at least three of the parts of the United Kingdom. It seems fair to guess that there was a fourth house – St. David but they didn’t win in the period covered.

We know a Mrs Baker was a teacher at the school in the 1920s. Was she the one who donated the cup?

What was the cup given for? Perhaps a former pupil, from the 1960s, could tell us about house competitions at the time.