We are continuing our look at Mr Shepppard who ran the Tip Top bakery in Easterton today. 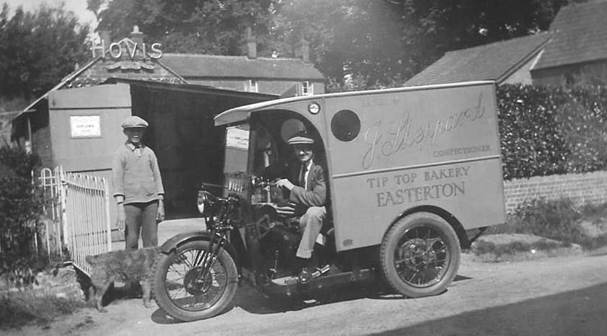 What a stunning picture this is. Jim Sheppard is driving the van.

Jim Sheppard owned the business and the van

This looks very much like a motortrike. It appears to have handlebar steering. But having a small van body it had space for advertising. 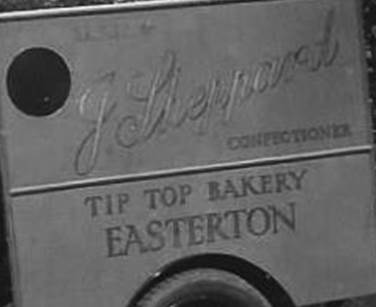 The side of the van names the business

This vehicle was the forerunner of the Reliant Robin – made famous as Del Boy’s transport in the TV sitcom, ‘Only Fools and Horses’. It dates from the very early 1930s and was actually produced by Raleigh.

Now we’ll turn our attention to the other person in the picture. 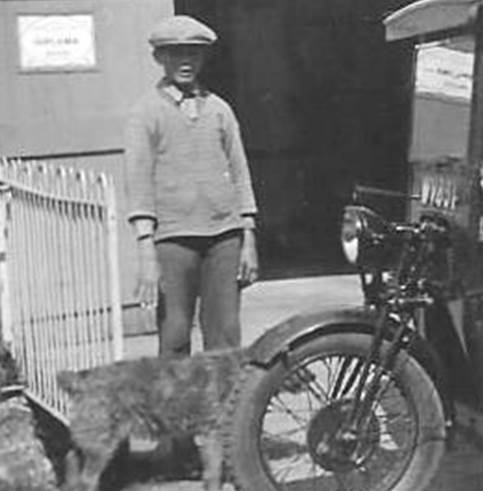 Ralph Maule was a neighbour on High Street, Easterton

This lad is Ralph Maule. He was a neighbour who later became Jim’s apprentice. We think he was born around 1918 although we find no record for a birth. He appears on the 1939 electoral roll for Easterton, living on High Street, Easterton with Alice who we guess was his mother. Ralph may have had two wives. He first married in 1942 and then he married Monica Burgess, in 1981.

Does anybody know any more about him?