Not many people in Market Lavington will be aware that they have visited the former Baptist chapel, yet many have fairly frequently. 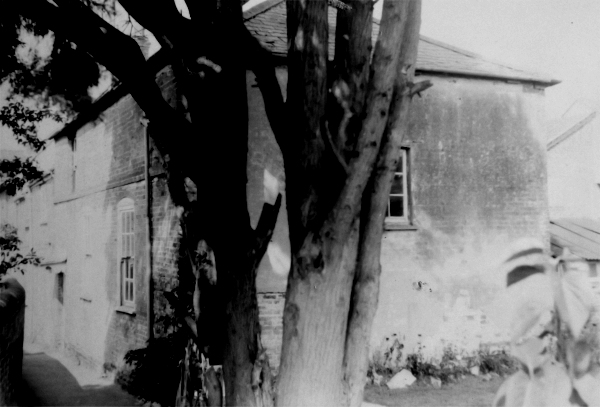 And many, looking at this picture, will not have much idea where it is. Let’s look at a modern photo of the same scene. 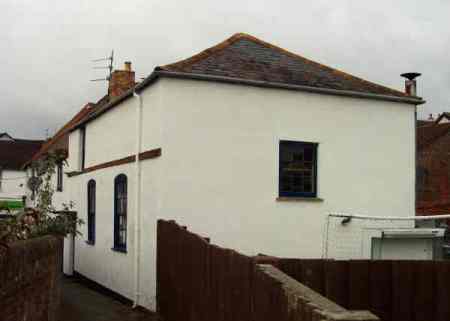 The chapel today - as a fish and chip shop

Here we see what people might call the fish and chip shop – or the Chinese take-away. It has been a take away food shop for 80 years or so but its origins were as a Baptist Chapel and the footpath sized lane alongside it is called Chapel Lane.

We have looked at some of the baptism and burial records from this chapel before. Click here to see them.

This was the Strict Baptist Chapel and the Wiltshire Council Website (click here) has this to say about it.

This church was formed in 1832 when eight people, probably mostly from the Lower Chapel, were baptised by John Dymott of Hilperton. A chapel was built and attracted fair numbers, although it was said that most of the congregation came from outside the parish. On Census Sunday in 1851 there were 50 at the morning service and 40 in the evening. Numbers declined in the late 19th century and the chapel probably closed in the early 20th century. The building was converted to a fish and chip shop, and the graveyard still exists alongside it

The graveyard does still exist, between the chapel (or fish and chip shop) and the gardens of houses along The Clay, but these days there are no visible signs. There is just a level lawn behind the screening fence.

For the record, the Wiltshire Council site also has one further snippet of information.

In 1855 a second Baptist chapel was opened on the south side of Church Street and was still marked on the Ordnance Survey map of 1886.

This was at the premises which were once, Mr Potter’s Shop, the Vivo, The Spar or Mr Dempsey’s shop and which is now a private house.