Here we have an old photo, but not as old as the date Mr Burgess has scribed on it. This is the High Street, looking towards Easterton taken from just beyond the Green Dragon pub which, of course, is still with us. 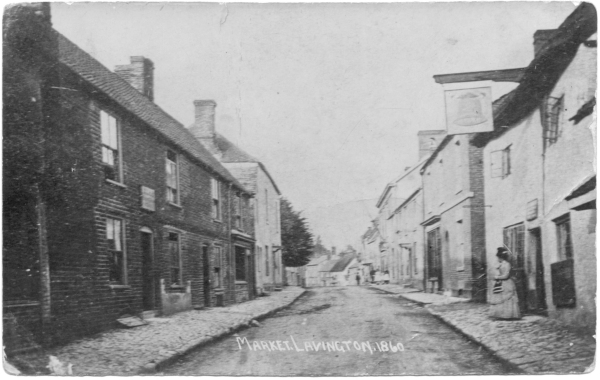 The Bell Inn - a photo at Market Lavington Museum

We know it dates from after 1860 because The Workman’s Hall is visible and that was built in 1865. We also know that the photo was taken before 1880 because The Bell Inn burned down that year. It was subsequently rebuilt and became the HQ for Edwin Potter’s horse bus service and still stands being called ‘Old Bell House’. 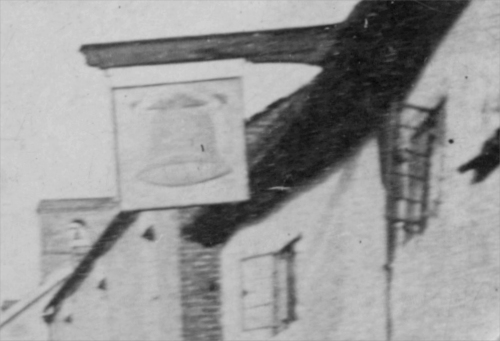 The old pub sign is clearly visible in the photo.

A mid-Victorian woman stands by the entrance to the inn. Sadly, we cannot read the notice above the Bell’s entrance, nor the one across the road. 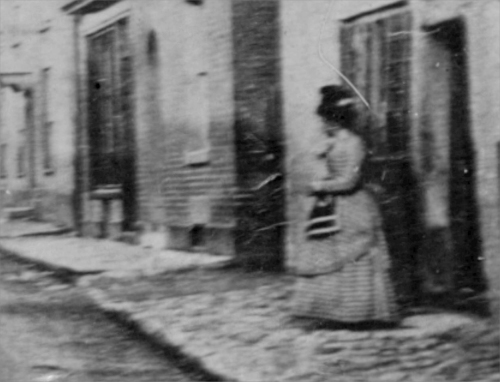 Here's a long shot. Can you identify this woman?

Peggy Gye, founder of the museum, used to recount a story she had heard told about the fire at the Bell Inn. The regulars decided they should save what was most valuable as the fire broke out. That, of course, was the beer. They formed a bucket chain. One person filled  buckets from a barrel and passed them along to safety so the contents could be consumed later. Unfortunately for the drinkers, they didn’t notice that Mr Saunders was bucket chain. It was the Saunders family who created the Workman’s Hall as a temperance (alcohol free) public meeting place. Mr Saunders tipped the beer in the gutter to make sure it was never drunk.

If this story is true then we imagine the Mr Saunders concerned was Samuel for he still lived in the area at the time of the fire.