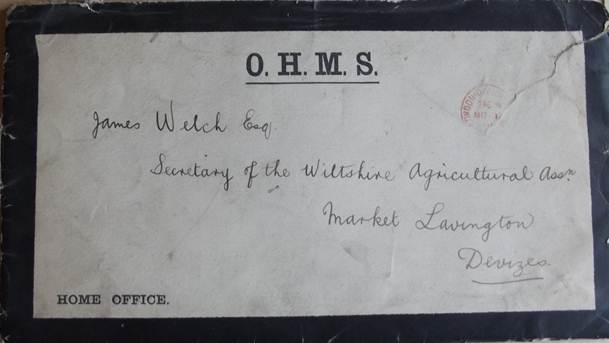 James Welch, as we can see, was Secretary of the Wiltshire Agricultural Association. This body of men had obviously sent their condolences to the close relatives of Victoria which included, of course, the new King, Edward VII. The letter in the envelope was to thank the association for their kind thoughts. It is a form letter, making use of what we’d now call mail merge although back in 1901 this involved a scribe in handwriting in various sections. 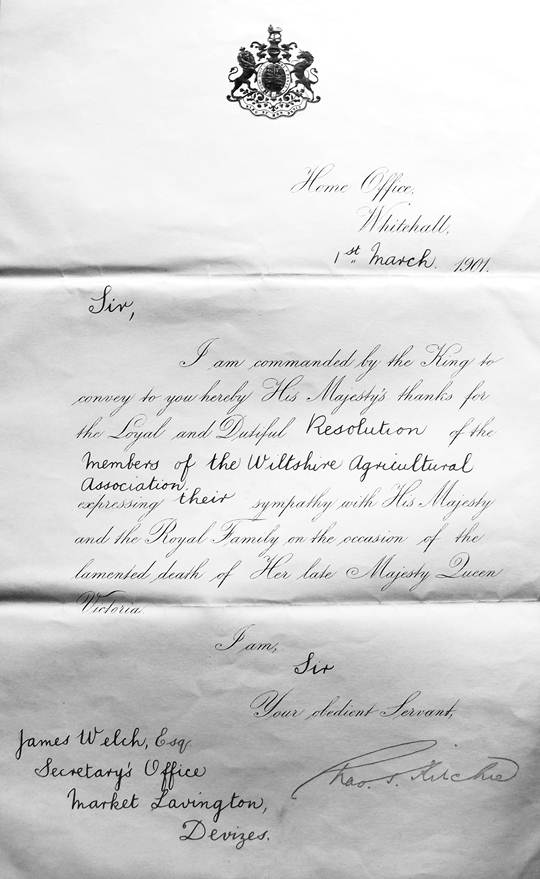 As we see, the King did not deal with this himself. He commanded the signatory and he got someone else to do the scribing. But obviously the Welch family thought this was worth keeping – until it was passed to the museum.