During World War II bombing was usually done visually. Pilots of bombers, up in the sky, looked for targets that they could drop their load on. However, they often flew at night to help keep themselves invisible so they needed light on the ground to get an idea of what they might hope to destroy.

To make it hard, the answer was to make sure it was as dark as possible. Sources of light had to be blacked out.

For householders, this meant making sure no light escaped from within the home and material suited to ensuring the blackout was made available by the government. Here is some of this material. 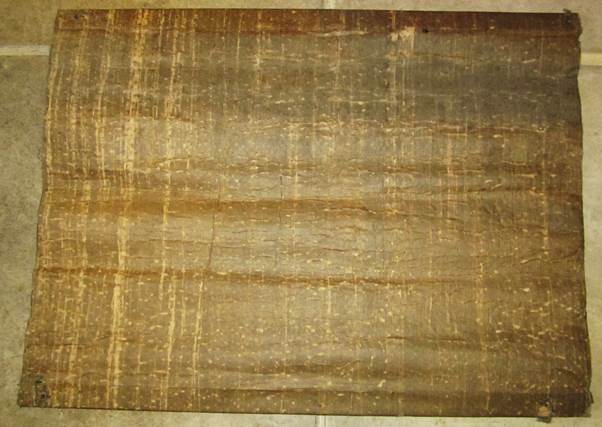 It really doesn’t look all that exciting as an object, but it tells a story of the enormous difficulty of coping in the pitch black war time conditions.

The material was tough, being made of bitumen laced paper on sacking type material. In this case it was made up into blinds. Not only did the material prevent the egress of stray light (and we can all imagine how the ARP warden in ‘Dad’s Army’ would have reacted to any of that) but also it was tough enough to stop glass being blown into the room should a bomb explode nearby.

These blinds date from 1939-45 and were in use at Spring Villa on The Spring in Market Lavington.