The bottom of Spin Hill

It seems almost impossible to imagine that what is now quite a busy road junction looked like this in the era of colour photography. 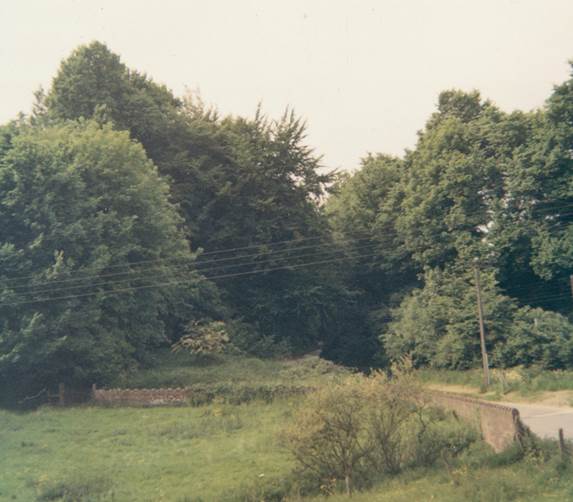 This is at the bottom of Spin Hill. Parsonage Lane is arriving at the right side of the photo and crossing the bridge over the Northbrook stream. We can just make out the lane curling back round to the right as it starts the ascent of Spin Hill.

One thing there isn’t is any sign of a road junction although a footpath does cross the road just beyond the bridge – leading from Northbrook to The Grove.

The first new road in the area was Canada Rise which somehow was built up the steep and very wooded area at the left of this photo. At a guess this photo was specially taken to record a scene about to pass into history. The photo dates from 1969.

More recently another brand new road was added across the green field below the woods. Grove Road was more major in nature, linking this point with The Spring and usable by through traffic. When Grove Road was opened it was possible to make Parsonage Lane a one way street which suited its narrow nature. Grove Road could take all the traffic entering Market Lavington and a main bit of that leaving as well.

This was not the first occasion that Parsonage Lane had had one way status – at any rate on Wednesdays, which was Market Day. In much earlier times, Parsonage Lane was used for incoming traffic on these busy days and the exit was via Northbrook and then actually used the stream bed as a roadway back to the area shown in this photo. Using a stream was good for old wooden cart wheels, water kept them just a bit swollen and tightly held together.

But for the late 20th and 21st century that would not be suitable and what we have now is a roundabout at this point where four routes (plus the footpath) meet.