It may surprise people to know that the ancient charities, set up in the distant past by village worthies, ran until comparatively recent times. The Sainsbury Bread Charity was set up in 1795/96 with the aim of providing some bread for the poor of the parish. The items we show today date from 1980.

A list of names was drawn up – potential recipients of the charity. Some were included because of their pensioner status, others because they were widows or widowers and some because they had children in need. This was a church based charity so Vicar, churchwardens and a small committee drew up the list. Each person was issued with a ticket. 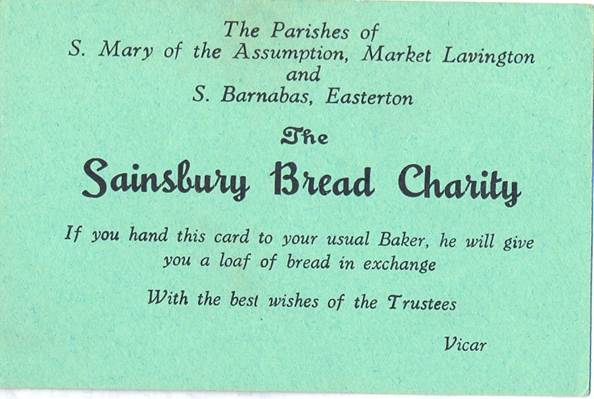 The instructions are simple. Your usual baker will exchange a loaf of bread for this ticket. The baker may or may not have put a mark on the ticket but this one has a shop stamp on the back. 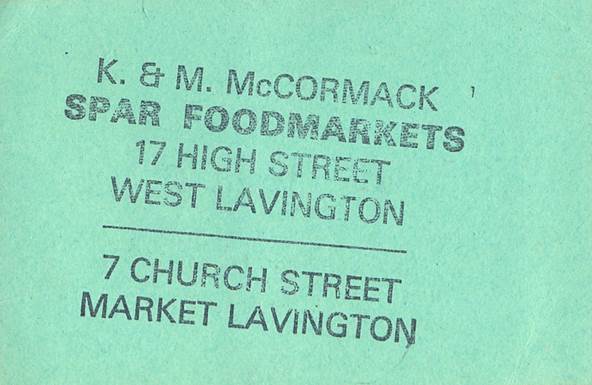 Ah! A reminder, here, of the former Spar shop in the village at 7 Church Street. In 2016 we have the Coop for groceries. Back in 1980 there were the two shops and back into history there were others.

The McCormacks put their bill in to the charity – presumably with the requisite number of tickets.

The McCormacks put their bill into the charity

We can see that the local Spar shop received 10 tickets exchanged for loaves at 36p each. They will have received their money from the charity.

These days the old charities have had their small sums of money merged so that best use can be made of what, really, are very limited funds.

But it is good to be able to recall these old days.