The bridge in Easterton

At Easterton Country Show, last month, we were visited by great grandchildren of Samuel Moore of the jam factory.

Samuel had two sons, Wilfred and William. The two younger men continued to run the jam factory after their father retired. William, who had a house on The Sands in Easterton, was the grandfather of our visitors and they brought an album of his photos for us to see and copy. William had not been all that good at labelling his photos and, not surprisingly, our young adult visitors couldn’t help all that much on dates. We are trying to work out names and dates of jam factory workers at the moment.

This is one of the photos, taken where the road up to the now gone factory crossed the little stream in Easterton and looking back down to Easterton Street. 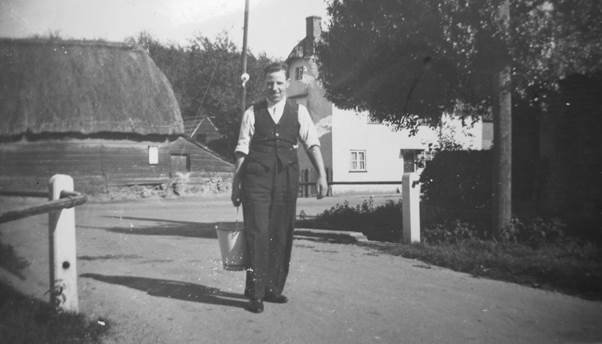 Our visitors weren’t sure that this photo had anything to do with our area, but to us it was clearly Easterton. We think the man with the bucket is William (or Billy as locals seem to have called him) Moore. But we are not by any means 100% certain. 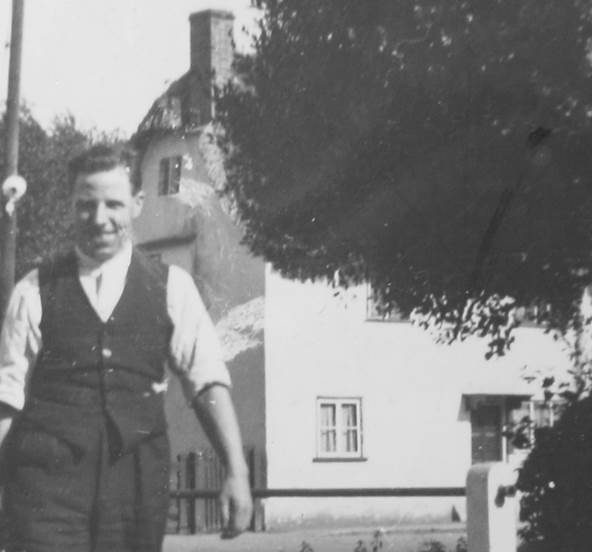 Is that Billy or William Moore?

However, we are 100% certain that the house behind the man’s left shoulder is The Homestead. When this photo was taken it was thatched but that was replaced long ago.

The lovely barn on the left of the photo is long gone. 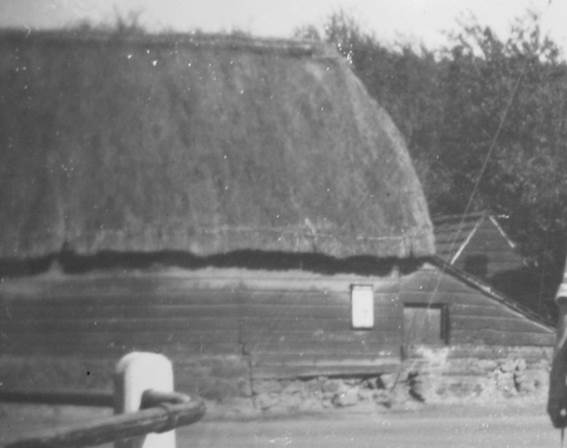 Apparently a past owner was looking at the barn and pondering on what to do with regard to its derelict state and the roof fell in before his eyes. And that was the end of the barn. A modern house now sits high up on the slope behind it.

The current owner of The Homestead had not seen a photo of the barn before so what a great addition to our collection.

Thanks to Karen for bringing this for the museum.