The bus company in Market Lavington

Just recently charabancs and bus companies have featured quite a bit on this blog. Yesterday we featured a ‘lost and found’ button which may have belonged to Mr Fred Sayer. Today we bring you the history of motor bus operations as written by WI members in the mid 1950s. This also features Mr Fred Sayer. 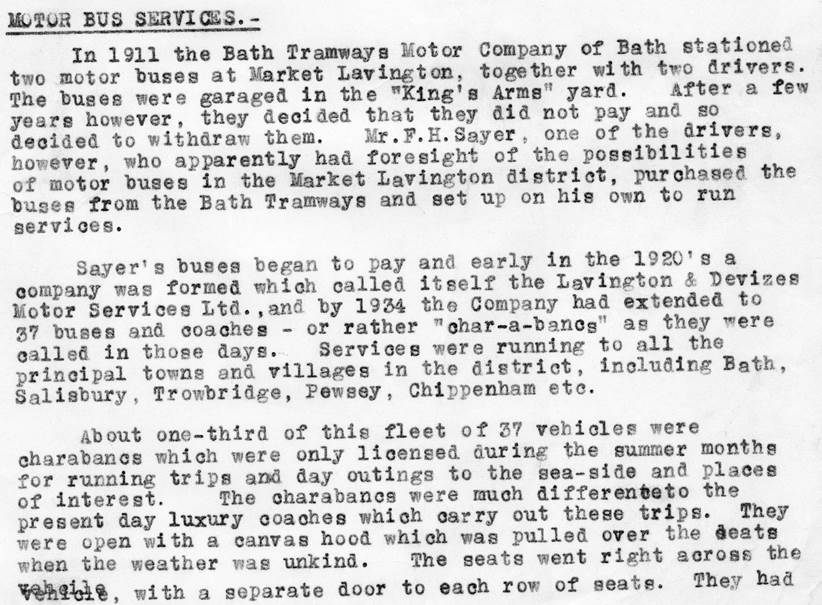 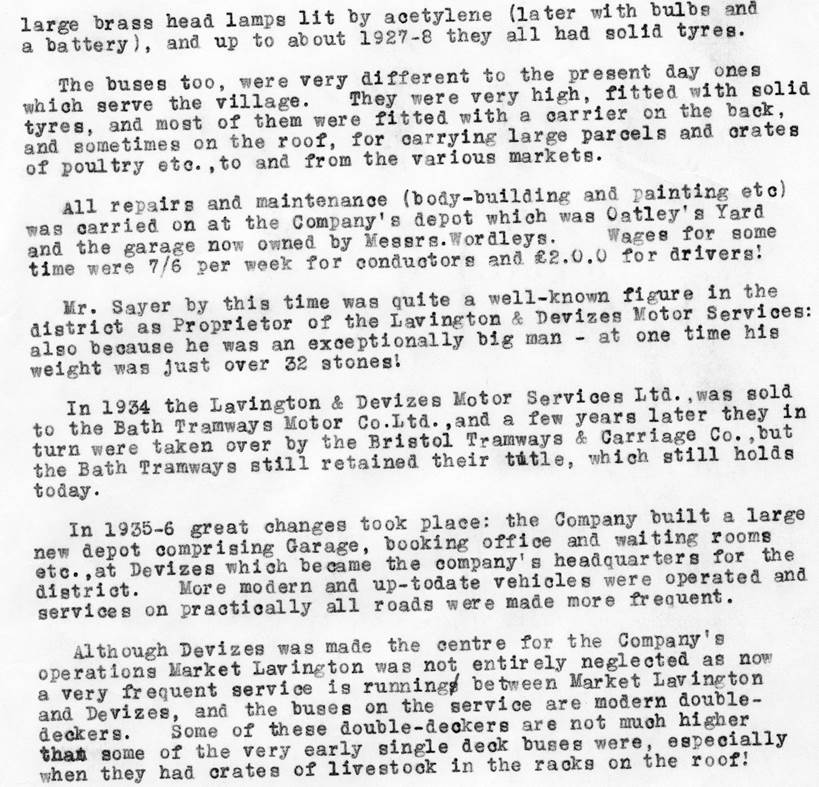 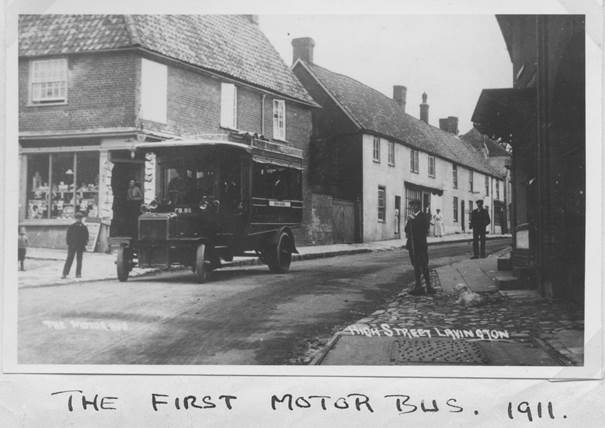 In 1911 the Bath Tramways Motor Company of Bath stationed two motor buses at Market Lavington, together with two drivers. The buses were garaged in the “King’s Arms” yard. After a few years however, they decided that they did not pay and so decided to withdraw them. Mr F. H. Sayer, one of the drivers, however, who apparently had foresight of the possibilities of motor buses in the Market Lavington district, purchased the buses from the Bath Tramways and set up on his own to run services.

Sayer’s buses began to pay and early in the 1920’s a company’ was formed which called itself the Lavington & Devizes Motor Services Ltd., and by 1934 the Company had extended to 37 buses and coaches – or rather “char-a-bancs” as they were called in those days. Services were running to all the principal towns and villages in the district, including Bath, Salisbury, Trowbridge, Pewsey, Chippenham etc.

About one-third of this fleet of 37 vehicles were charabancs which were only licensed during the summer months for running trips and day outings to the sea-side and places of interest. The charabancs were much different to the present day luxury coaches which carry out these trips. They were open with a canvas hood which was pulled over the seats when the weather was unkind. The seats went right across the vehicle, with a separate door to each row of seats. They had large brass head lamps lit by acetylene (later with bulbs and a battery), and up to about 1927-8 they all had solid tyres.

The buses too, were very different to the present day ones which serve the village. They were very high, fitted with solid tyres, and most of them were fitted with a carrier on the back, and sometimes on the roof, for carrying large parcels and crates of poultry etc., to and from the various markets.

All repairs and maintenance (body-building and painting etc) was carried on at the Company’s depot which was Oatley’s Yard and the garage now owned by Messrs. Wordleys. Wages for some time were 7/6 per week for conductors and £2.0.0 for drivers!

Mr. Sayer by this time was quite a well-known figure in the district as Proprietor of the Lavington & Devizes Motor Services: also because he was an exceptionally big man – at one time his weight was Just over 32 stones!

In 1934 the Lavington & Devizes Motor Services Ltd., was sold to the Bath Tramways Motor Co. Ltd., and a few years later they in turn were taken over by the Bristol Tramways & Carriage Co., but the Bath Tramways still retained their title, which still holds today.

In 1935-6 great changes took place: the Company built a large new depot comprising Garage. Booking office and waiting rooms etc., at Devizes which became the company’s headquarters for the district. More modern and up-to date vehicles were operated and services on practically all roads were made more frequent.

Although Devizes was made the centre for the Company’s operations Market Lavington was not entirely neglected as now a very frequent service is running between Market Lavington and Devizes, and the buses on the service are modern double-deckers. Some of these double-deckers are not much higher than some of the very early single deck buses were, especially when they had crates of livestock in the racks on the roof!