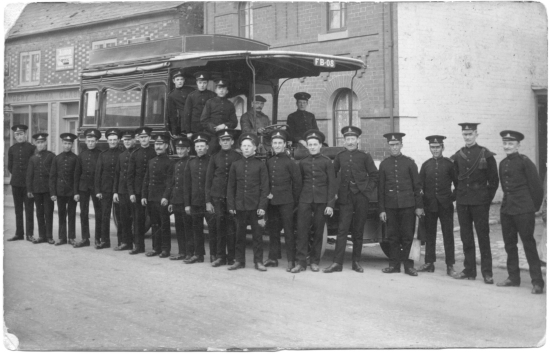 This picture was taken on Church Street in Market Lavington. The bus, which looks delightful, is surely one of Fred Sayer’s collection – The Lavington and Devizes Motor Services Ltd. But beyond that, we don’t know much about this photo.

Could the driver be Fred Sayer, before he became an enormously large man? 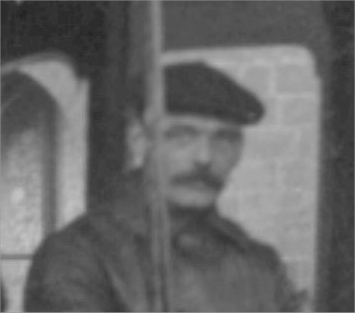 And who are the other men? What organisation did they belong to? 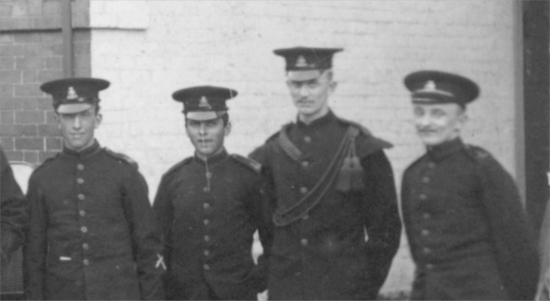 Are they bus crew or military men? If you can answer any of the questions do contact the curator. You can leave a message on this page or send an email.

The bus is standing near the old Volunteer Arms which was the first depot that Fred Sayer used.

Behind the bus there is an interesting building. The brickwork stands out distinctively. This was known as ‘The Lighthouse’ and was a part of the Hopkins family empire on Church Street. Acetylene gas was produced there and piped to lamps in the village – hence the name. 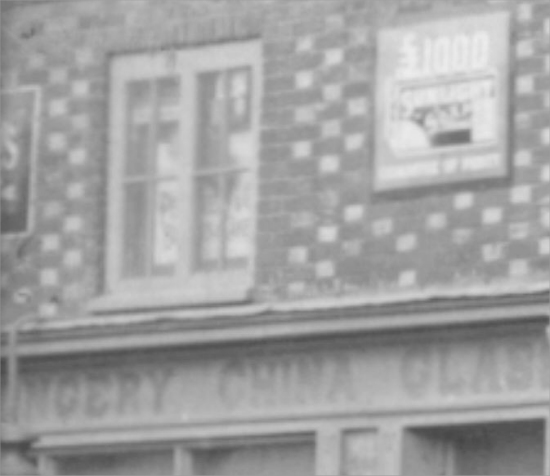 In this photo we can see that the building was also a shop for ironmongery, china and glass.