Yesterday we looked at one of the tools of the butchery trade – a steelyard. We’ll see a few more today as we see the butcher’s shop in the 1930s. 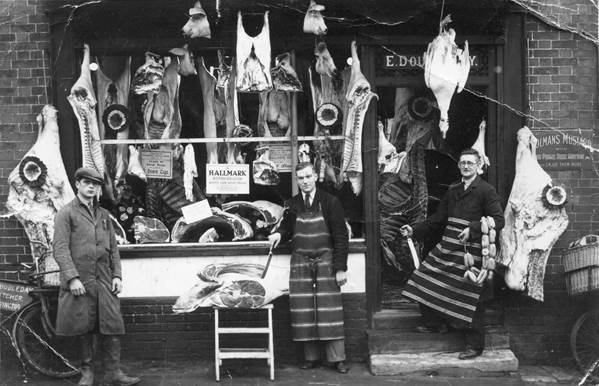 The Butcher’s Shop in Market Lavington – 1936

We think this is 1936 and although the shop says E. Doubleday above the door, Edward Doubleday had died earlier that year and Mr Francis was in charge. He’s the man in the doorway with the string of sausages and the seriously vicious knife. 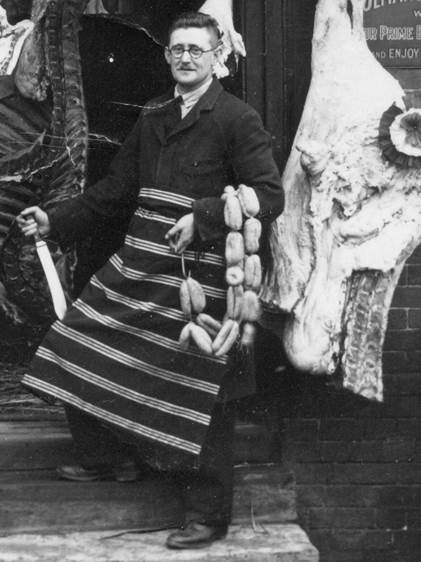 The man in the middle is Bill Cooper. He also sports a dangerous looking knife and has a sharpening steel hanging from his waist. 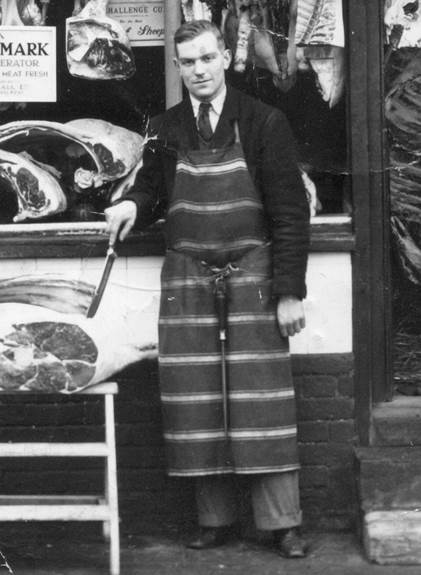 We do not have a name for the third man who, by his clothing, might have been a slaughter man. 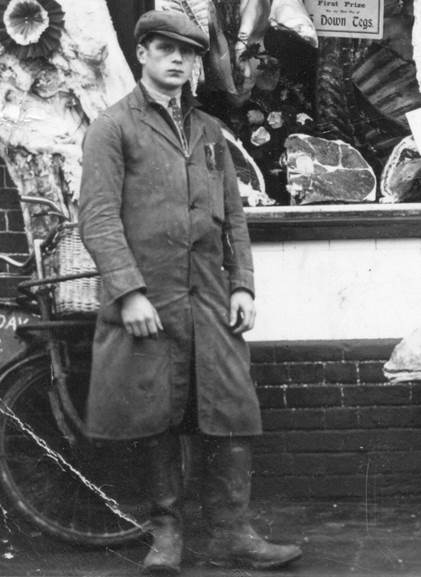 The photo was taken, perhaps, to indicate the success of the butcher at the Swindon Christmas Cattle Show. There are certificates in the window. 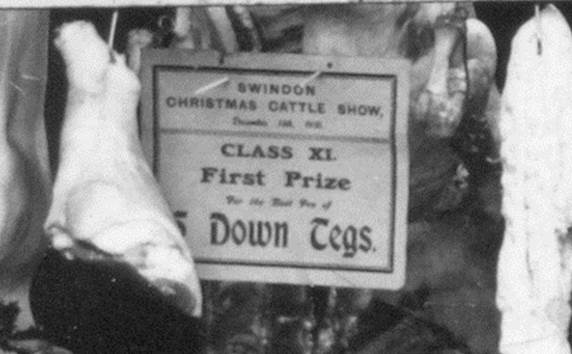 Although called a cattle show, the prizes appear to be for sheep. 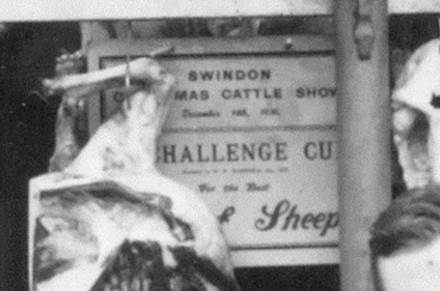 But pride of place window notice goes to the refrigerator. 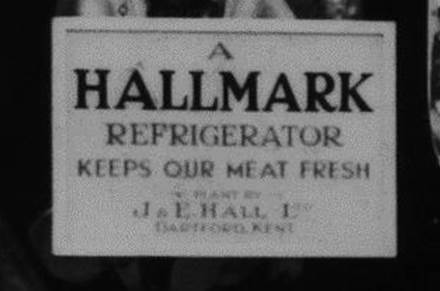 An enamel sign encouraged the consumption of mustard with beef and mutton. 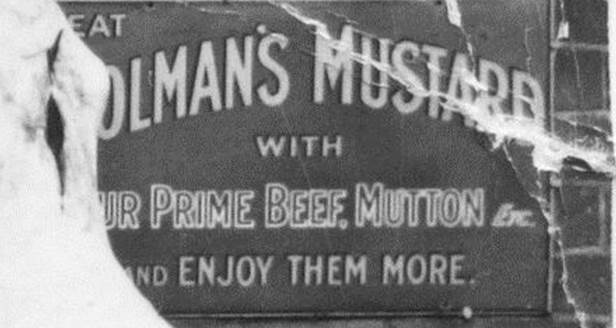 Altogether we have a scene you just don’t see today with fresh meat hanging out in the open for anybody – any insect even – to touch and taint. Progress can be for the better!