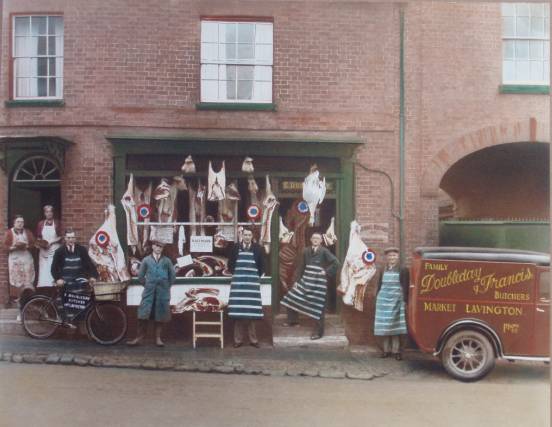 This is the same butcher’s shop that we still have in Market Lavington, but in 1936 Mr Doubleday, seen on the doorstep, was in charge.  Here he has a team of assistants which could include a slaughter man for at one time the whole process of preparing meat was carried out on the premises.

The delightful van heading out of the picture gives the phone number as Lavington 45. 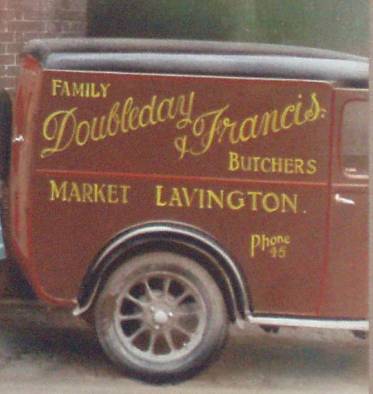 close up on the delivery van

During World War 2 we know that Bessie Francis, wife of the photographer, drove a van like this for the butchers.

This may well have been the last photo taken of Mr Doubleday for on 26th June 1936 he was buried in Market Lavington churchyard. You can read more about his life here.

Woodland Yard is behind the van. The carriage arch in this photo was demolished in about 1960.

We assume that the photo was taken in black and white and has been colour tinted by an artist.