School photos and class photos have always been popular. It was always a good way of remembering classmates and now, with photos of this age, it just may be possible to identify some of the youngsters. 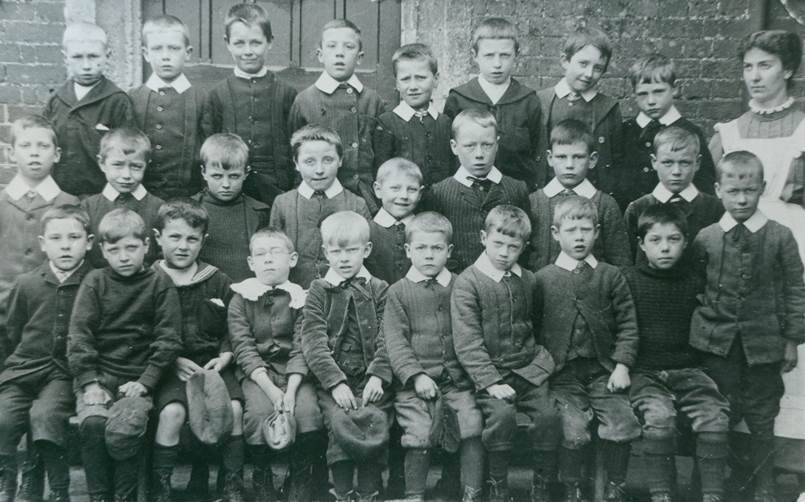 Three things have been positively identified about this picture. One is that it is at Market Lavington School. The second is that the teacher is Miss Lilian Hopkins and the third is that the year is 1905.

Maybe somebody out there will recognise a grandfather or maybe a great grandfather from other photos they have seen.

Lilian Hopkin was born around 1885 and she was the daughter of William and Elizabeth. At the time of the 1901 census they occupied 21 Church Street. Just possibly they could have been the people who lost the old ha’penny we featured a few days ago.

By 1911 William was a widower and living in West Lavington with a couple of his daughters – one of whom was Lilian who was described as an elementary school teacher – probably at Market Lavington School.

In 1913 Lilian married Joseph Jordan. We believed they lived in the Midlands for a while and had at least two children – Harry and Elizabeth

In 1926 the couple lived on White Street in Market Lavington. They were still there in 1939.

Lilian was still on White Street in 1955. The probate record for her in 1957 still gives White Street as the address and names the two children.