The Clelford family in Easterton

A while ago, this photo was sent to the museum curator. 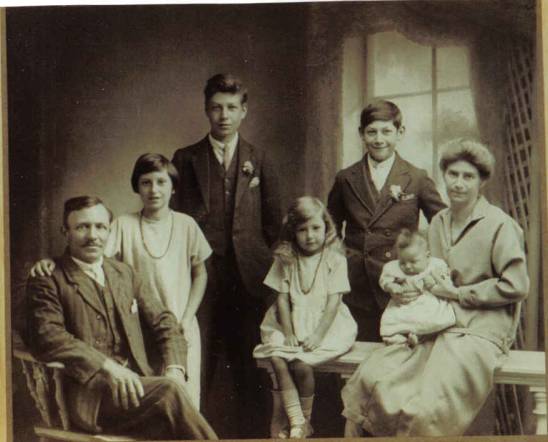 The Clelfords of Easterton - a photo at Market Lavington Museum

The photo shows Arthur J P, (always known as John) and Dorothy Clelford and their family. It was taken about 1928.

John, a farm worker, was born about 1882 in High Street Easterton and married Dorothy Wicks. The children were David, born 1912, Arthur, 1914, Eveline, 1917, Elsie, 1923 and Roy, 1928. The children were all born in Easterton. The family later moved to Christchurch in Hampshire.

Let’s delve a little more into this family.

John was the son of Henry Clelford and his wife, Emily. Henry, like his son, John, was born in Easterton and earned his keep as a farm labourer. At the time of the 1891 census, the first on which John appears, the couple lived in Easterton (no addresses given) with six children. John was the third of them.

By the time of the 1901 census, John was the oldest of the eight children at home on High Street, Easterton. The youngest was just 8 months old. John was now a farm labourer. Perhaps he worked with his father who was a shepherd.

Mother Emily had been born in Market Lavington as Emily Pinchen. They married in 1876. (If anyone seeks the register entry for this marriage, we think that Henry’s name has become Culford on this record).

Arthur J P Clelford married Dorothy Wicks in 1911. Dorothy had been born in 1890 in Bromham. In 1891 the family lived in Melksham and in 1901 at Bowden Hill near Lacock.

But in 1911 Dorothy lived at Market Lavington Manor – a part of the household of Mr Charles Awdry. Dorothy’s job was a scullery maid.