Today we take a look at another photo in that lovely little 1929 photo album we recently acquired. It shows a group of people standing on a bridge in The Close in Market Lavington. 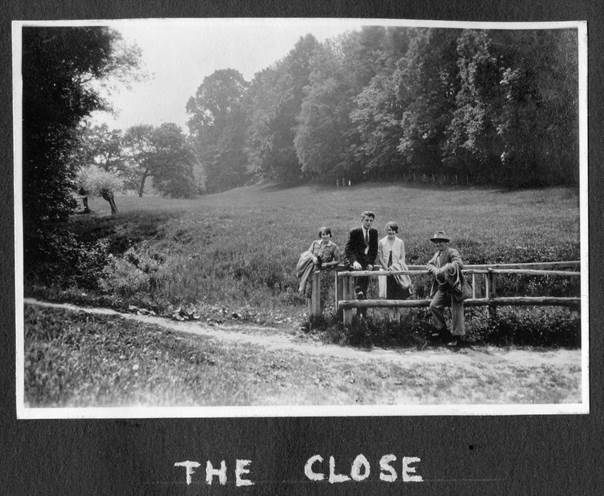 The Close, Market Lavington in about 1929

The Close is not a term much in common use these days, but long term village residents know the name. These people would be roughly on Grove Road now, with the houses of Beechwood behind them.

We’ll zoom in on the people. 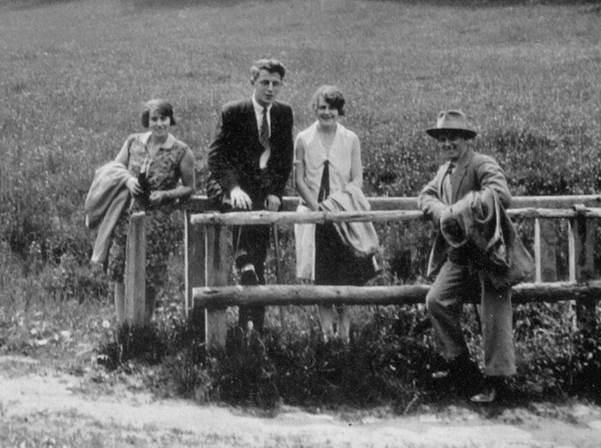 Group of people in The Close

It has been suggested that the man in the dark suit could be Algie Thompson. Another suggestion is that the girl in the light top looks like Gladys Windo from Easterton. This, we rather doubt since Miss Windo did not take up her teaching post at Easterton until 1934. If the man is Algie then perhaps one of the girls is Molly Hopkins. Algie and Mollie married in 1931.

As ever, we’d appreciate any other information. But meanwhile we can all enjoy a peaceful, rural scene which now has a fairly main road passing through it.