The Corner of the Market Place

Much of the centre of Market Lavington has looked much the same for the last hundred years or so. The Market place, however, has changed and re-changed out of almost all recognition.

This photo shows a corner of the Market Place and a view along a little of the High Street, looking towards Easterton.

Along the High Street we can see the premises where Harry Hobbs had his shop. Older residents may remember this as the newsagents.

The left side of the photo shows the buildings, which used to line that side of the Market Place. This is now where Rochelle Court is. These old buildings were deemed ‘not wanted’ and ‘standing in the way of progress’ in about 1960 and they were demolished. The site they are on became the entrance and the car park for the local agricultural engineers. Of course, in its turn, that gave way for the present set of buildings, which actually look much more like the 16th/17th century buildings shown in this photo.

Let’s now concentrate on the shop right on the corner. At the time of this photo (probably during the early years of the twentieth century) we can see that the shop, which occupies the site where the chemist’s shop now is, was the village Post Office. 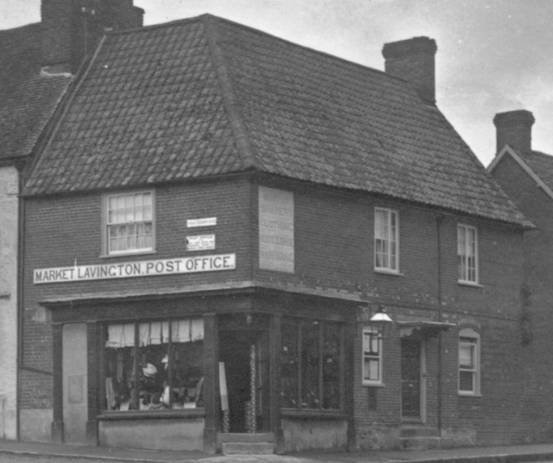 The shop window looks to be full of clothes and drapery goods. 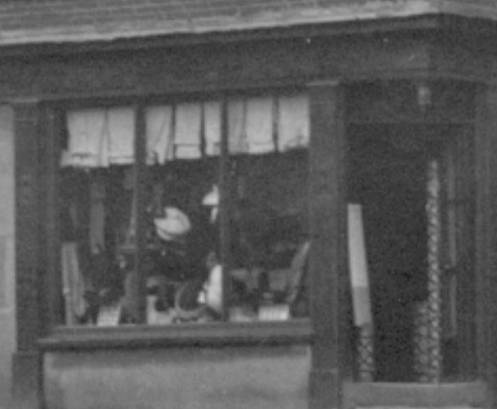 The drapery window in the corner shop

This is not surprising for one of the signs on the wall reads, 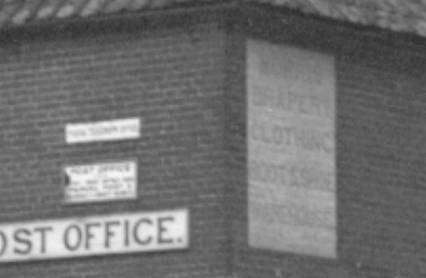 Thomas Morris was born in Billericay in Essex in about 1857. He was the postmaster in Market Lavington at the time of the 1891 and 1901 census. In 1891 he lived with his elderly father who was a retired wine merchant and his sister.

By 1901, Thomas was married to Maria who was not a Wiltshire girl. Maria came from Cambridgeshire. Thomas’s father, Fred Morris died early in 1901 and is buried in Market Lavington churchyard.

The Morris family had left the Lavington area by 1911.

At Market Lavington Museum we have no actual records or photos of the Morris’s time in the parish. Can you help us?