Market Lavington Manor was built in the 1860s. Edward Pleydell Bouverie had decided on a grandiose building based on a Tudor style brick building. The ornamentation was lavish. No expense was spared in making sure the new Manor House was by far the best dwelling in the parish. Amongst the design features was a balustrade around the terrace just outside the house. This attractive little wall was designed and provided by Edward Box who had taken Market Lavington Brick Works in 1859. It was essentially brick, made in moulds much as ordinary bricks were. Here we see the balustrade surrounding the manor. 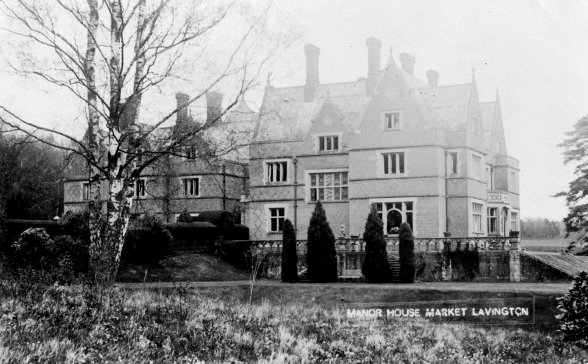 Another photo shows the balustrade after the snow storm of 1908. 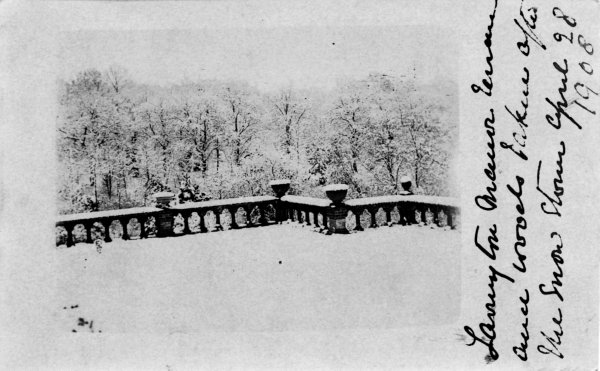 But back to the 1860s. Edward Box looked at his work and he was pleased. In fact he was so pleased he decided he’d have an identical balustrade around the house he was building for himself. His house, sometimes called Mowbray House, is close to the old brickworks on Broadway, Market Lavington.

Edward Pleydell Bouverie was incensed. He was obviously of the opinion that he alone had the right to this particular and very stylish balustrade. He demanded that Box remove it from his house. This did not happen. Bouverie was a lawyer and he took Box to court over  what was no more than a garden wall. Bouverie lost.

So here is the balustrade at the brick master’s house. This picture dates from the 1920s and may feature members of the George family. 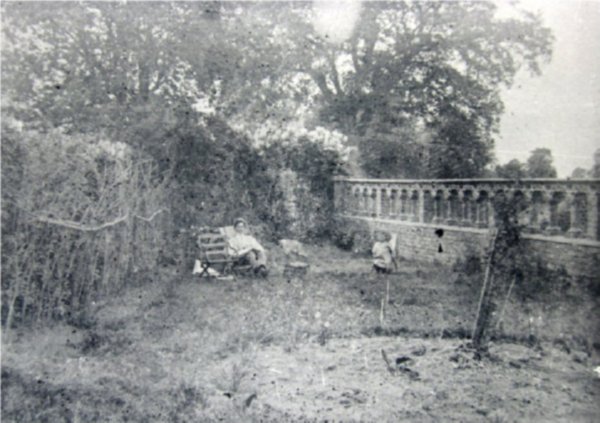 The identical balustrade built by Edward Box at his own home at Broadwayt, Market Lavington