Yes, this is another of the fantastic sketches by Philip Wynell Mayow, brother of Market Lavington’s vicar back in the first year of Queen Victoria’s reign. Philip, our artist, was able to set himself up in the road more or less outside where the Workman’s Hall is now so that he could produce this sketch. 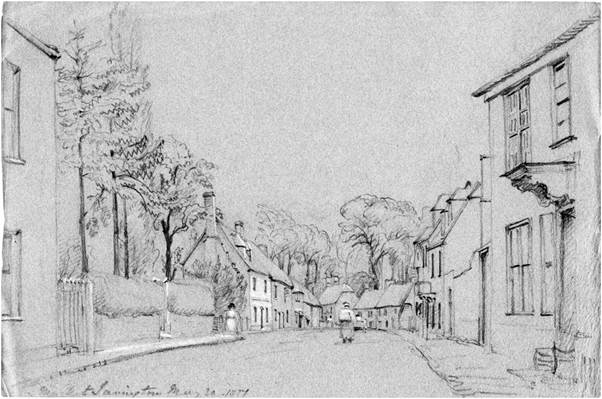 As usual, Philip has captioned his work.

So it looks as though this dates from May 20th 1837. To be historically accurate, this was a month before the death of King William IV so Victoria hadn’t become queen at that time.

We are going to look a little way down the street first. 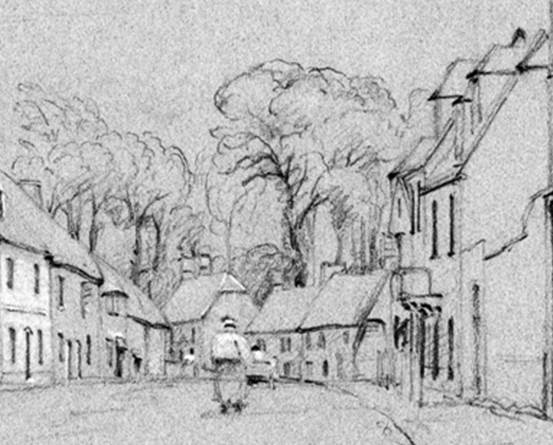 Palm House is on the right

On the right here we see Palm House. Only three years before this sketch was made this had been the site of Mr Willett’s asylum but in 1834 he acquired Fiddington House and set up his asylum there, from then on.

A modern photo of Palm House shows just how little it has altered. It even has the same porches. 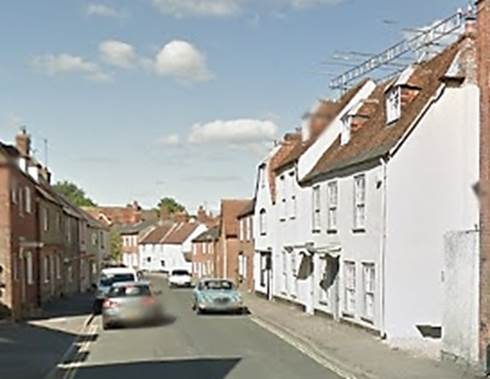 Philip Wynell Mayow’s accuracy is really shown to good advantage here. It means we trust that his sketches really do show us what the village was like.

The first building on the right in the whole photo is no longer in existence. It has been replaced by the 1865 built Workmans’ Hall. Back in 1837 this was the home of William Cambridge the engineer and we believe it was at these premises that he was building portable steam engines for export all over the world and also designing his famed clod crushing agricultural roller which is still made and used and is called the Cambridge roller.

On the left of the whole picture there is a gap in the housing with a row of trees. That area is now the entrance to the nursing home. Our knowledge of what was there in 1837 comes from the other sketch of High Street by this artist. It shows what looks to be a farm house, set back from the road. Later, a new vicarage was built there and this is still at the heart of the nursing home. The old Parish Room occupied the entrance area where the trees are.

We can see that most of the houses further along High Street sit snugly under thatched roofs.

Yet again, we have a fantastic image showing us our village in pre-photography days.