Don’t worry. There is no such thing as ‘The Easterton Beast’ and as far as we know there never has been. This one has been created by some photographic fluke. This is really a photo of Easterton Street. 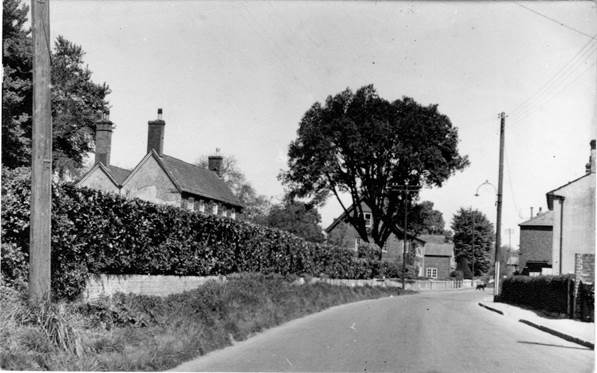 Easterton Street in the 1950s

As we often do with street scenes, we find it looks very, very peaceful. Seemingly there’s not a car nor even a person in sight. But way down in the distance there is ‘the beast’. It looks like some kind of black animal. 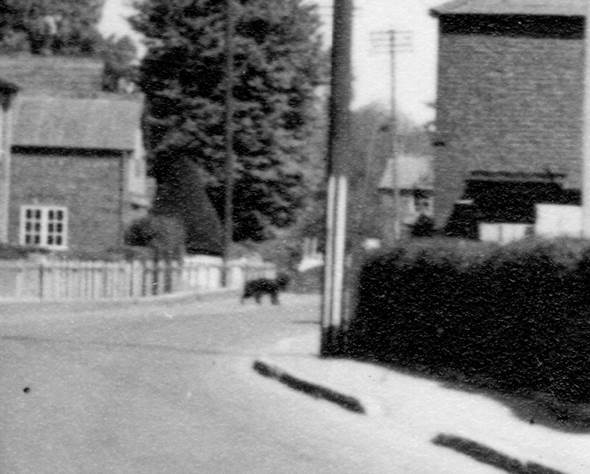 Is that the Easterton beast?

The large house on the left is The Grange. And beyond that we see Jubilee Cottages where we know James Sheppard lived, running his Tip-Top Bakery.

We believe this photo dates from the 1950s.