The Elisha Family by their shop

These days people know the name Elisha because a playing field up Drove Lane is named, ‘The Elisha Field’. This honours Bill Elisha who had been a stalwart of the local football team as player and general organiser. He had also been a chairman of the Parish Council and had many other interests and hobbies.

His wife was May Elisha – the teacher who taught in the 1920s and was still doing occasional supply teaching into the early 1980s. She had been born Helena May Potter.

The first Elisha in the village, though, was Bill’s father – William George Elisha who opened his tailoring business on High Street in Market Lavington in 1910/11. 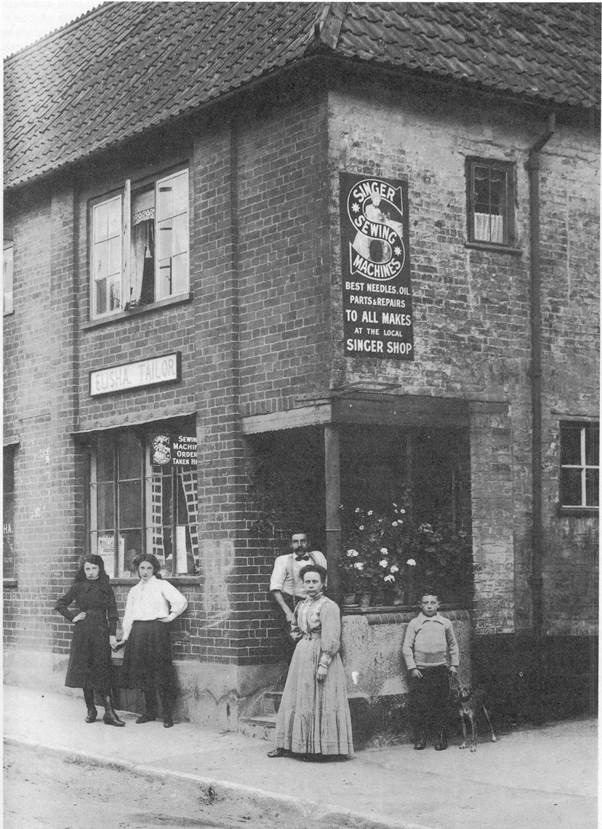 The Elisha family outside their shop in about 1911

This is quickly recognisable as the building next to Chapel Lane. The current fish and chip take-away was once a Baptist chapel – hence that name.

William George Elisha stands on the steps. His second wife, Sarah stands in front of him. She was step mother to Bill who is holding the dog. One of the girls may be Bill’s older sister, Emily Gladys.

The Elishas were tailors

The shop name is clearly displayed and sewing machines could be purchased to order.

We can also see a bracket for a gas lamp underneath the larger Singer advert. 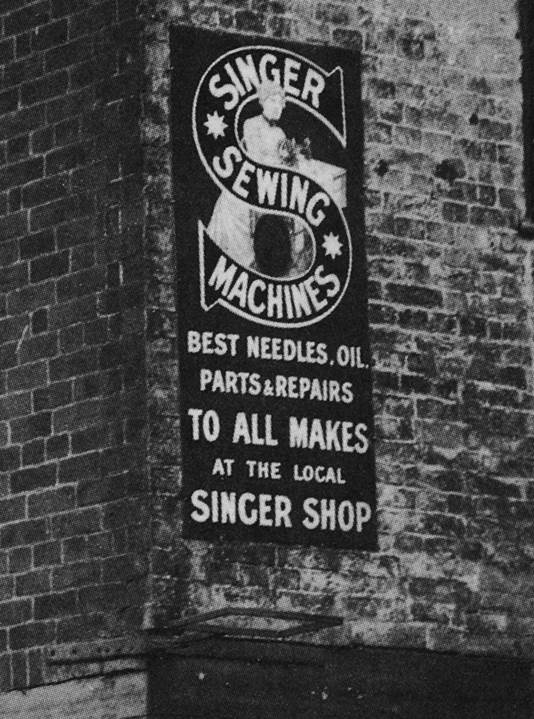 A gas lamp bracket on the corner of Chapel Lane