The end of the world is nigh

The date is April 1996 and the end of the world is nigh for the old Parish Room in Market Lavington. This village hall had served the community well for almost 90 years, but in truth it had limitations. Perhaps the worst, by then, was the lack of adequate parking. Events at village halls need equipment – probably brought by car. Attenders at events often prefer to arrive by car. There just wasn’t enough street parking available.

Apart from that the hall stood in the way of development at the nursing home. That’s one of the largest employers in the area so does much for the local economy.  They got the site and were able to expand.

It was a shame it took so many years for the new Community Hall to be built, but now we all wonder how we survived without this first class facility.

But let’s return to April 1966. Demolition of the old building is under way. 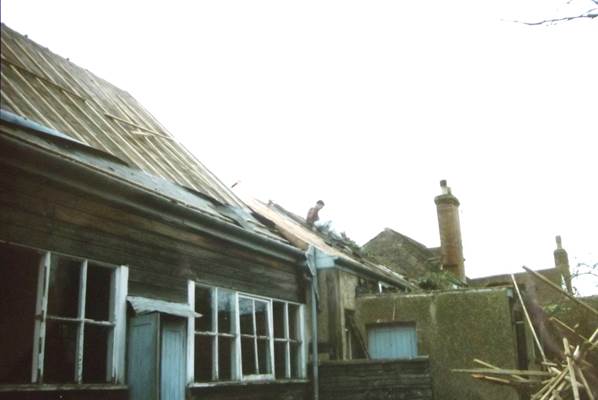 The old Market Lavington Parish Room under demolition in April 1996

That was the rear of the hall. Yes, there was a little road round the back but if you drove in forwards, then reversing out was a nightmare – particularly if another car felt it could use the space as well. The tall chimney (which is upright really) is on Greystone House

Soon, this was a very similar view. 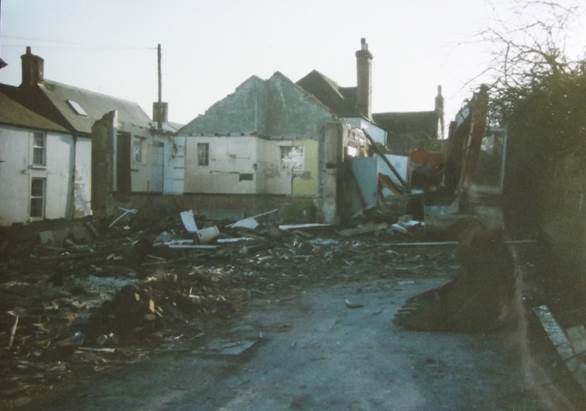 The hall has been razed to the ground. The tall chimney and parts of Greystone House are more visible. We can also see buildings on the other side of High Street.  That’s number 38 with a roof light.

Many people regretted the passing of the old Parish Room, but there can surely be no doubt that the new Community Hall is a much better building.

You could visit it at 7.30pm on 14th September 2013 to see Rog, our curator, present this year’s Museum Miscellany.