The far end of High Street

Some areas of the village don’t change all that much. The High Street is still very much the same as it was in this picture from roughly 100 years ago. 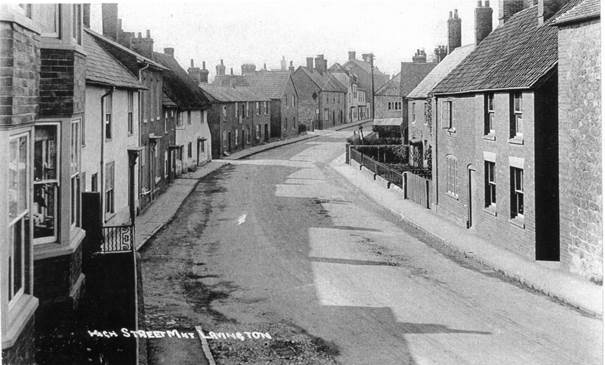 At the far end of Market Lavington High Street

The building at the extreme right had been built as a Quaker meeting house in the 18th century but it was taken over by the Independent Church in the early 19th century and remained as the Congregational Church until the new, bigger premises were built in 1892. They’d have been just behind the photographer. From 1892 the old chapel became the Sunday School for the Congregational Church until the 1960s, when the Powner Hall was built alongside the 1892 chapel. The old building was sold and was, for many years, an artist’s studio, retaining, still, many of the church features.

Further down on the right hand side there is The Police House. This photo could date from about the time that Sergeant Hillier had his sadly brief sojourn here.

The left hand side has a mix of residential and commercial premises – it is often hard to spot the difference but there were a surprising number of shops at this end of the village. The pavement in front of the houses on the left is now wider, in places much wider, than it was then.

Some of the houses still had their thatched roof back then.

Amongst new items on display in the museum this year is the clock which once served the village on that building. We look forward to seeing as many of you as possible at your museum in 2013.