The Godfrey family at home

Robin Godfrey had the shop in Easterton – the one opposite the junction with Kings Road which at the moment has the car repair shop and yard.

Robin took the shop something like 100 years ago. He had married Lilian Smith in the Romford area of Essex in 1914, but Robert (Bob) was born in the Devizes area in 1916 so we guess they had the shop by then. A second child, Douglas, followed in 1924. Here we see the family. 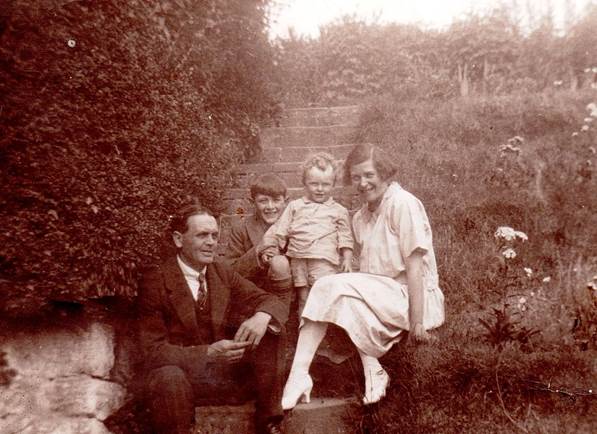 The Godfrey family in the garden at their home – the shop in Easterton. About 1927

Judging by the age of the children we’d say this was about 1927. The location is in the garden behind the Easterton shop. We are reminded of how steeply gardens rise up behind the house on the Salisbury Plain side of Easterton High Street.

The family were still there when the 1939 electoral register was drawn up but we think Robin died in 1940.

Bob was running the shop into the 1950s but later he became a church minister working in Suffolk at one time. It was his son who sent us this lovely photo.