Next year, the country will celebrate the Diamond Jubilee of Queen Elizabeth 2nd. At Market Lavington Museum we plan a display of how we celebrated or marked royal events in past years.

Today’s picture could form a part of that display for it shows Market Lavington High Street with decorations for the 1911 coronation of our Queen’s grandfather, King George V. 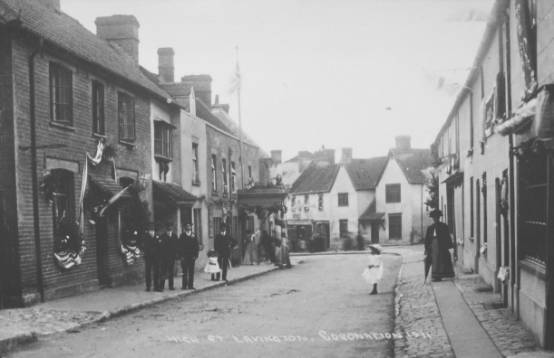 So this is what our High Street looked like 100 years ago. There are many differences, but it is instantly recognisable as Market Lavington.

A big difference is the quality of the pavement. 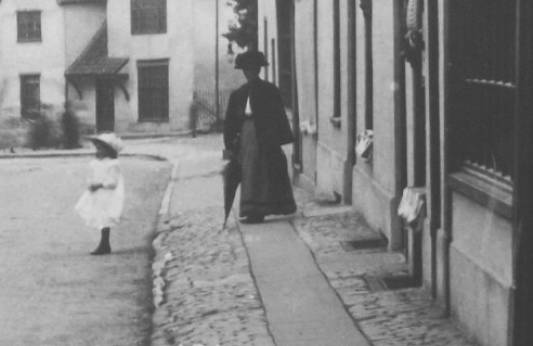 The pavement was largely cobbled 100 years ago

A narrow flat strip is available, otherwise it is rough and uneven cobbles. Small girls wouldn’t stand in the road these days. In fact, almost certainly, there’d be a parked car at that spot. 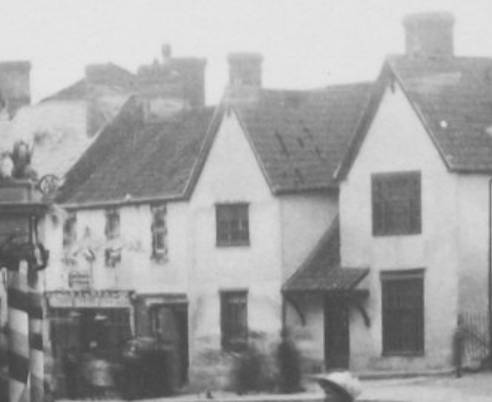 That’s the present Co-op in the background. The right hand gable has gone, but the rest of the building looks much the same. 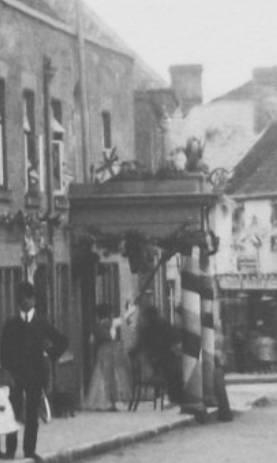 The Green Dragon decorated - no doubt in red, white and blue - for the 1911 coronation

The well-decorated entrance porch to The Green Dragon used to go right across the pavement until comparatively recently. Our curator snapped a photo of ‘Prutour’ cyclists hurtling past ‘The Dragon’ on an early digital camera back on 25th May 1999. The full width porch still stood then. 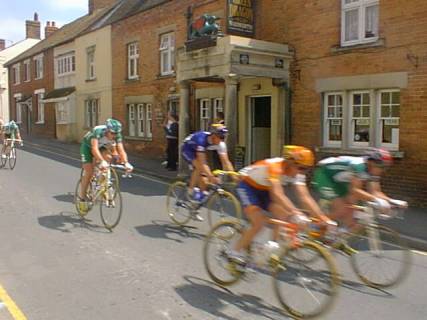 Prutour cyclists race past The Green Dragon, market Lavington in 1999

By the way, that was the size of photo a digital camera took in 1999.

Let’s also look at some very smart men who lined up for the 1911 photo. 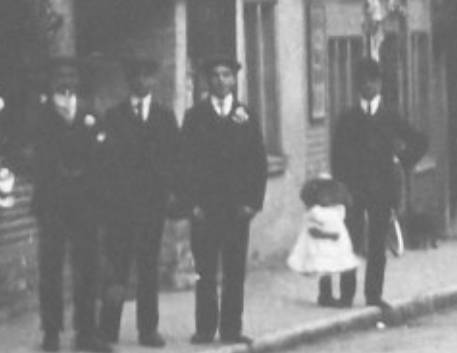 The museum display, next year, won’t just be from 1911. There are photos and objects that celebrate royal events right through the 20th and 21st century.