At first sight, this picture, poorly exposed as it is, may look a little dull but the little bit of information we have gives this photo a wealth of interest. 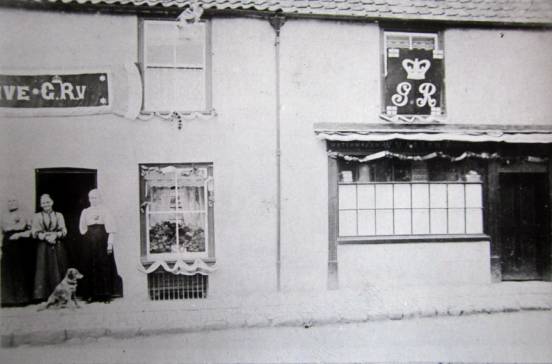 Market Lavington High Street with banners for the Coronation of 1911. The location is Finky Allen's watchmaking shop, close to the Nursing Home

The date is June 1911 – made clear by the banners up on the buildings. They are there to celebrate the coronation of King George V who came to the throne in 1910 and was crowned King the following year.

According to our records the shop was used by a man called ‘Finky’ Allen, who ran a clock and watch repair business there. One of the lovely things about 1911 photos and information is that things can be checked against the 1911 census.

And sure enough we can find an entry in which Victor Allen (Actually Walter Victor Allen) was a 37-year-old watchmaker and dealer who was born in Bristol and who worked on his own account.

As a single man, he boarded with a lady who, no doubt looked after him. She was Mary King, a 66-year-old widow living on her own means and who had been born at Glentworth in Lincolnshire. This brings us to the ladies in the photo – for one of them is Mrs King. 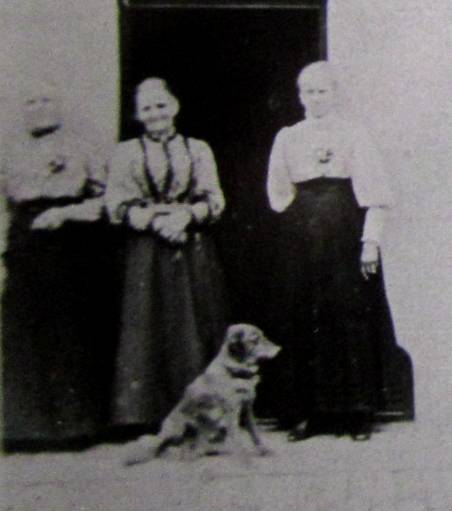 Ellen Park, Mary King and an unknown lady have a chat on High Street, Market Lavington, in 1911

One of the other ladies is Mrs Park. Now Ellen Park, a 67-year-old widow living on her own means occupied the building next to Mary King and Finky Allen. We think the ladies are standing outside Ellen Park’s door. We guess that the middle lady is Ellen Park and the one on the right is Mary King.

Mary King was born Mary Ashley and she became the second wife of Market Lavington plumber, John King. John was much older than Mary, previously married and already had grown up children when he married for the second time. Not surprisingly, he died well before her, in 1897. Mary died in 1936. Both are buried in Market Lavington churchyard.

Finky had been in Market Lavington in 1901 – probably the same premises, and working as a watchmaker and jeweller. Other than that, we have not yet traced him.

If we walked down the street from Finky’s shop, we’d have passed a house occupied by the Ansell family and then we’d have got to the Vicarage – now a part of the nursing home. So, we can pinpoint precisely where this photo was taken.

As ever, we’d love to know more of these people. Do, please leave a comment or contact lavingtoncurator@gmail.com .