Edwin Potter’s horse bus service connected Market Lavington to the rest of the world. Until the railway arrived in 1900, the only way out of our parish was by road and the only regular bus service was that provided by Mr Potter. This photo is a lovely portrait of the bus. We do not know just where it was taken. Clearly it is on a country lane. It is dated at around 1900. 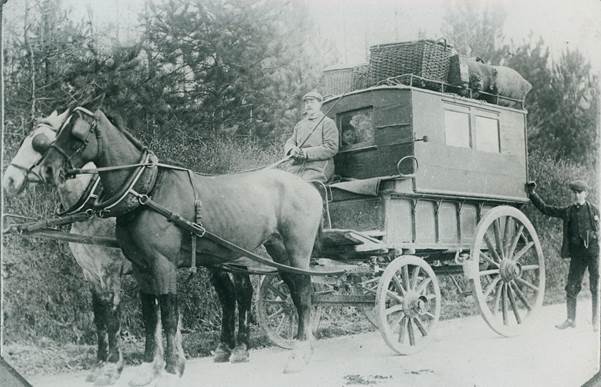 Edwin Potter’s Market Lavington to Devizes bus in about 1900

Our photo is clearly a copy of one in an album.

We can see the bus in the charge of two horses. They may have been deemed a little flighty as blinkers are being worn.

By 1900, Mr Potter was finding this service uneconomical but it looks as though he would earn money as a carrier. His bus roof is heavily laden.

Operating the bus tended to be a family affair. That could be Edwin, himself, driving and possibly a son leaning on the bus at the back.

There is a rather attractive young lady making use of the bus service. 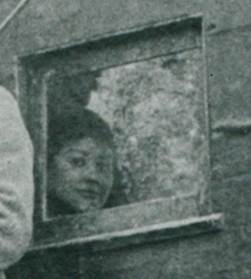 She must have decided she’d be in the photo.

The arrival of motor buses ended the reign of the horse on this service. By 1911 Edwin was earning his keep on his farm.