The Independent Order of Good Templars

This organisation is one for those people who feel alcohol is a bad thing. It was founded in 1851 in America although the organisations name really came when the first British group was set up in Birmingham in 1868. The movement spread rapidly – and Market Lavington was not left out. There was a substantial local group. The name has changed but the organisation still exists as The International Order of Good Templars.

Today we show a picture of them although the location is not entirely clear. 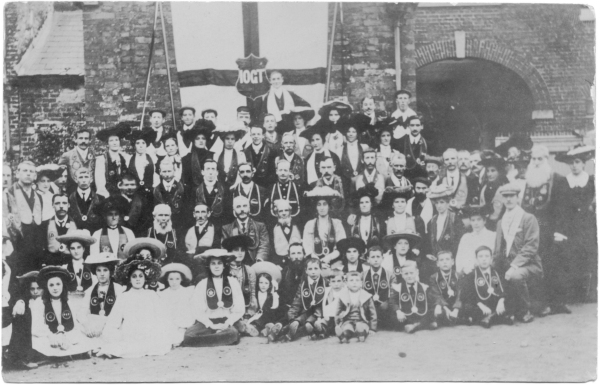 There we see  a group of some 80 people of all ages. We can name just two of the people in the photograph. 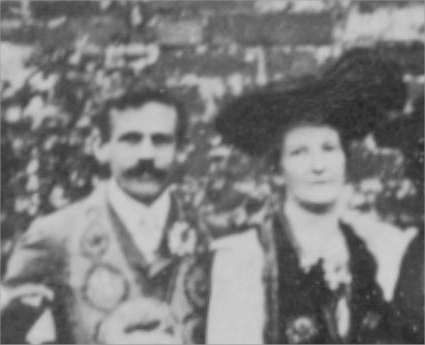 These two people are Mr and Mrs Pike. George Pike was born in 1877 in Trowbridge. Mary Ann came from Warminster and was a little older. The couple had married in 1899 and in 1901 they lived in Market Lavington with their first child, Lilian. George was a butcher’s salesman but later he acquired his own butchery business. Descendants of the couple still live in Market Lavington to this day.

from the ages of George and Mary Ann, we think the picture dates fronm the early years of the twentieth century.

Of course, we’d love to know who the  others on the photo are. Can you help with that?