This winter a jay has started visiting the garden of our curator and here it is. 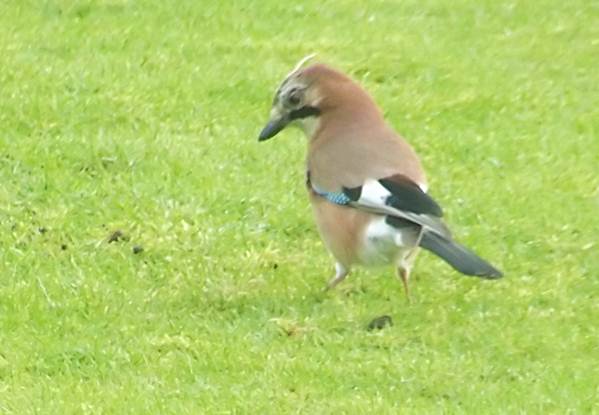 A jay visiting a garden in Market Lavington

Jays have not been uncommon in the village for we have plenty of woodland. That was, traditionally, their favoured habitat. They are omnivores and will eat almost anything, but acorns and beech mast are staples in the jay diet.

You can see, in the picture, that jays have a crest on top of the heads which they are able to raise. This has led to them being mistaken for the very uncommon visitor, the hoopoe. For the record, a hoopoe has been known to visit Market Lavington for, many years ago, one flew over the curator’s garden. It handily did an about turn, giving enough time to get a witness out to see it as well – but no camera!

Here we have another photo for our 21st century wildlife survey. Do let us have a copy if you get a photo of wildlife in Market Lavington or Easterton.