This tour was taken by our curator before the builders moved in to convert the former pub into dwellings. The date was 7th October 2010. The pub had closed some time before this. 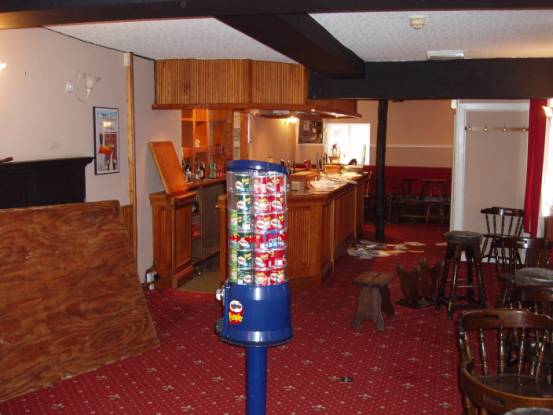 The bar at the Kings Arms, Market Lavington in October 2010. This area will soon be a living room in a house.

The bar looked almost ready for opening time although it was long after closure. The chairs and stools need a bit of tidying and there’s some timber in front of the fireplace, but other than that, all looks well.

With the timber moved, there was a pleasing little stove set in the hearth. There were still logs there. 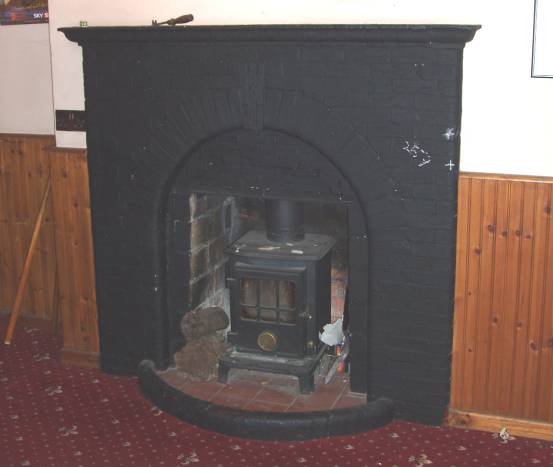 Stove at the Kings Arms on High Street, Market Lavington

A close up on the actual bar counter shows that time has taken something of a toll. There’s an accumulation of ‘things’ and some of the pump handles have lost their labels. 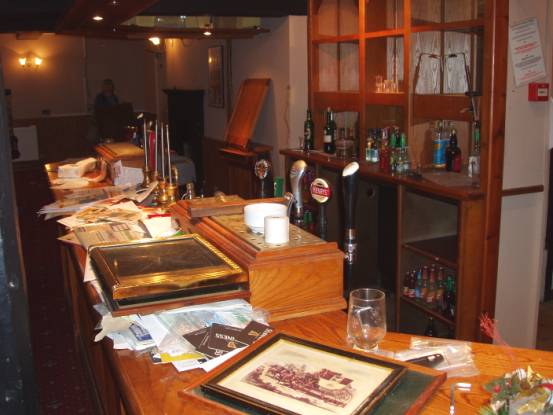 Junk on the bar at The Kings Arms

However, glasses were still under the counter, ready for that next pint of ‘Henry’s’ to be pulled – except, of course, that the pub had been closed for a year or more.

“Who’s next?”. Nobody! The pub was closed long before these photos were taken.

The working side of the counter. We see that pump handles had gone missing.

The working side of the bar showing those missing pump handles.

On another occasion we’ll look at the skittle alley.