The Man in White

Pictures of Pond Farm Camp have featured from time to time on the blog. This was the military encampment up on Salisbury Plain above Easterton. Market Lavington Museum has recently received further photos which portray something of camp life.

The photos all pre-date World War 1. This was a time when regiments of regulars and volunteers had summer camps. No doubt they were training camps but at times they look a bit like a summer holiday for the lads. That is certainly the case in this photo. 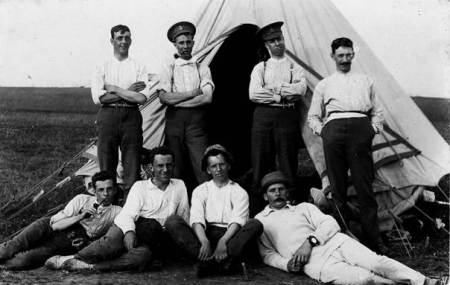 A group of men at a Pond Farm Camp probably about 1909.

Here we have a group of men relaxing outside a Pond Farm Camp bell tent. Let’s look at the chap in white. 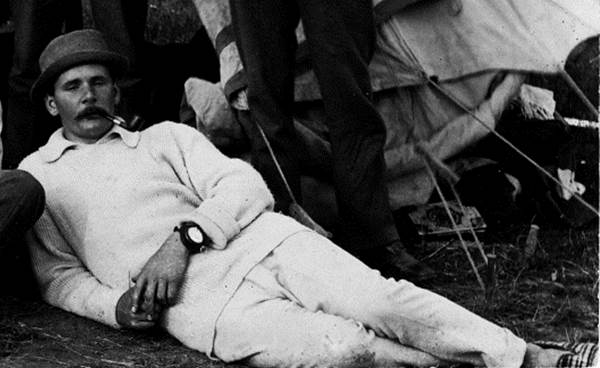 He looks a picture of elegance, from his hat right down to his footwear – slippers. His mode of dress seems entirely unsuited to life at Pond Farm which was famed for its mud during World War 1.

We know who this man is. He’s William Davies and he came from Llanfihangel in Breconshire. It’s a bad choice of name and location for finding him on a census. There are dozens and dozens of people called William Davies and quite a few Llanfihangels as well. However, his granddaughter, who sent us the photo has some knowledge and thinks he may have been working in London in about 1908/9. Virtually all of our photos of Pond Farm Camp date from 1909, so William may have been a Londoner at the time this photo was taken.

But he had grown up on the family farm in Wales and in 1912 (probably) he emigrated to Australia. His descendant who sent us the photo lives in Canberra.

We do not know the names of the other men but two of them have a military cap on, with a cap badge. We are hoping that an expert out there might recognise the badge. 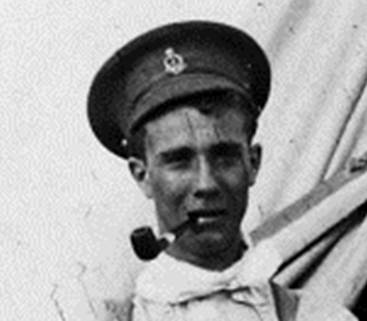 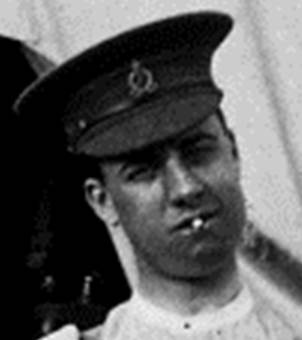 It would be a very long shot to have anybody actually recognise the men, but do get in touch if you can, or if you can identify the cap badge.