The Manor – an architectural perspective.

There’s nothing particularly ancient about the Market Lavington Manor and it remains a rather little known building despite its grandeur of scale and design. There’s no doubt that when Edward Pleydell Bouverie decided he’d have a manor house in his parish, he had it planned on the grand scale.

Patterns using different coloured brick still show his initials (EPB) in monogram form and also the date of 1865. This means the building celebrates its sesquicentenary this year – 150 years since it was built.

No doubt in some parts of the world that would be deemed truly ancient, but in the UK it just isn’t. And this house didn’t have all that long a life as the manor. After Edward Pleydell Bouverie died it was let to Madame de Lavalette and eventually purchased by the Awdry family. When Charles died, before the First World War the home went out of use. Indeed, we know that the Canadian troops used it as a hospital in 1914 and 15.

Dauntsey School in West Lavington purchased it some 80 or so years ago and it remains in their care now and as a result it seems much more a part of West Lavington than the Manor House for Market Lavington.

Back in 1867 an architectural painting was produced. 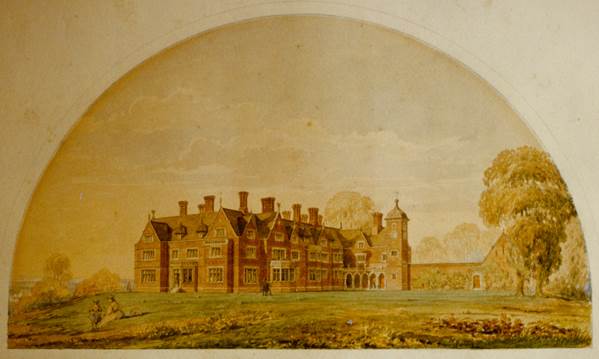 We can certainly grasp that scale and grandeur of this image, which predates any photos of the building. And perhaps it shows a couple of Pleydell Bouveries in the foreground. 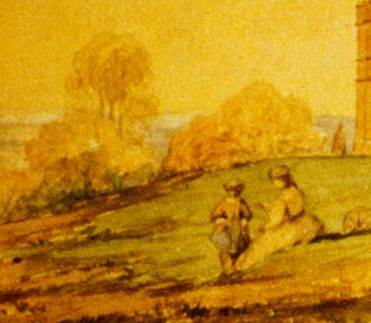 Could this be a couple of members of the Pleydell Bouverie family?

We don’t have the original – just a photo and the back is captioned.

The caption on the back

Haig was a Swedish born artist and illustrator (1835-1921). He worked with many leading architects.

This is another image that will appear in our ‘Pencil and Paint’ section at the Museum Miscellany on October 3rd at 7.30pm in the Market Lavington Community Hall. Tickets are available from Market Lavington Post Office.